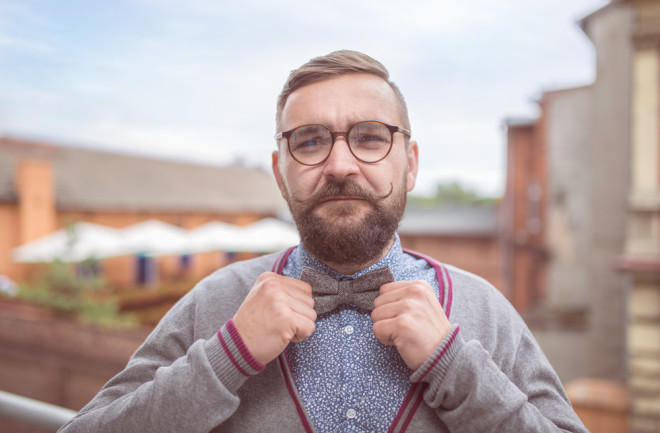 When turns you on? When responding to the question, most people turn to physical attributes, and we can probably all guess what the answers might be.

But for some, sexual attraction stems not from the assemblage of flesh and bone that carries us through life, but from what resides within. No, it’s not the soul — it’s the mind.

Or so they say. So-called sapiosexuals claim to be attracted to intellect, and many say that it overrules the physical characteristics that underpin sexuality for most people. The term has caught on recently — OkCupid now allows users to identfiy as sapiosexual, and an entire dating app, Sapio, is devoted to helping sapiosexuals meet.

A crucial point to make here is that for sapiosexuals, intellect isn’t just nice to have, it’s a legitimate turn on. It’s not a stretch to say that most people value intelligence in a long-term partner; indeed, a host of studies backs that up and it usually ranks second just behind “kindness and understanding” as a desirable trait. But sapiosexuals claim that their preferences go beyond that. They react to intelligence the same way others might to, say, chiseled abs.

As is perhaps inevitable with a sexual identity that prizes intelligence above all, the concept has met with both ridicule and criticism from those see the concept as pretentious, or who worry that it disadvantages those with disabilities. Some doubt that sapiosexuality is even a legitimate phenomenon. It could simply be a manifestation of an attraction to other characteristics, or perhaps simply an identity adopted by those who wish to see themselves a certain way.

To get to the bottom of the question, Gilles Gignac, a psychology researcher at the University of Western Australia conducted a survey of both undergraduate students in Australia and participants on Amazon’s Mechanical Turk. He and his co-authors had them complete a questionnaire that asked whether they found high levels of intelligence attractive, in addition to more general questions about intelligence. Examples included “Listening to someone speak very intelligently arouses me sexually,” and “A very high level of intelligence alone is enough for me to be attracted to someone sexually.”

Gignac also asked them directly whether they would find people with varying levels of intelligence attractive, ranging from well below the 50th percentile to the very top end of the intelligence spectrum. His study was published in the journal Intelligence, natch.

Tallying the data revealed that for most people, intelligence isn’t a significant factor in deciding whether someone’s hot or not. While it wasn’t totally insignificant, it’s likely that other characteristics override brains for most people. For a select few, however, it appears that a prodigious intellect did indeed serve to stir desire. Eight percent of the participants scored a 4 out of 5 on Gignac’s test, meaning they responded strongly in the positive to most questions that asked whether they were turned on by intelligence. He interprets this as evidence of sapiosexuality among a small subset of people.

Interestingly, it seems there’s a limit to how much intelligence people can handle. When asked to rate what level of intelligence they found attractive, most people stopped at an IQ of 120, which corresponds roughly to the 90th percentile of intelligence. Gignac, isn’t sure about why this is so, though he suggests that portrayals of extremely intelligent people as socially awkward, as well fears of compatibility problems, could come into play.

In addition, the participant’s own level of intelligence, as measured by a few common cognitive tests, didn’t seem to make them more attracted to smart people. In other words, sapiosexuality doesn’t seem to be relegated solely to the brilliant.

Let’s Be Intelligent About It

It’s not time yet to rush to any conclusions about this study. First off, there are the general shortcomings of self-reported studies, which don’t always reflect what people really think about themselves. At worst it means that Gignac’s study just found some people who want to be sapiosexuals, at best, it means that further work is needed. Future research looking at whether intelligence actually correlates to greater success at dating or finding sex partners could be helpful, as well further studies into those who claim to be sapiosexual.

A larger sample size would help, as well. Gignac’s study only considered about 500 people, and when looking for something that’s presumably rare, it’s helpful to have a lot more participants. The study demographics could also be a factor. A bit more than half of Gignac’s study were university students, who might have a bias toward intelligence already, and who don’t reflect the true demographics of the world.

Why humans might be attracted to intelligence, though, is certainly a question for future studies to answer. It’s not a stretch to imagine that brains — like the bulging muscles and full lips that connote physical strength and reproductive health — could also confer evolutionary benefits.

But, as is also apparent to most any adult, sexuality is a fascinatingly complex subject. Getting to the roots of what turns us on is no easy task.