Are You Afraid of Holes?

Researchers dig deep to find the evolutionary explanation for trypophobia. 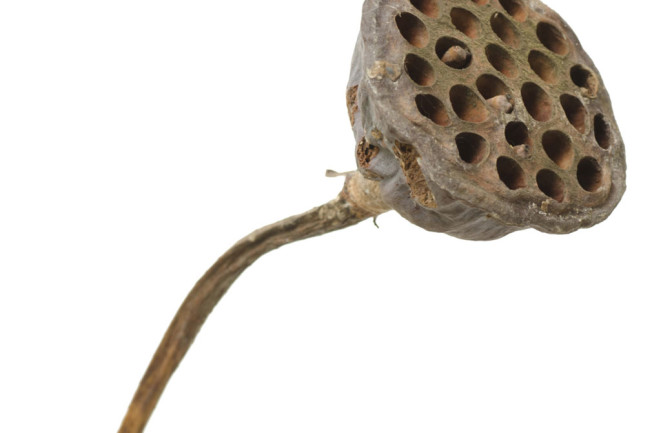 Does looking at the image to the left make you uncomfortable? You might be suffering from trypophobia, or the fear of clusters of holes. In the journal Psychological Science, two British researchers took a closer look at the items trypophobics fear the most, from lotus pods to sliced English muffins. What they found: Many of these trypophobia triggers have spectral characteristics — luminosity and contrast features — that resemble those of poisonous animals, such as the deathstalker scorpion and the puffer fish. The researchers posit that trypophobia could be an outgrowth of an instinct to avoid dangerous critters, rather than just roving bands of English muffins.

[This article originally appeared in print as "The Hole Truth About Trypophobia."]