Are the Brains of Introverts and Extroverts Actually Different? 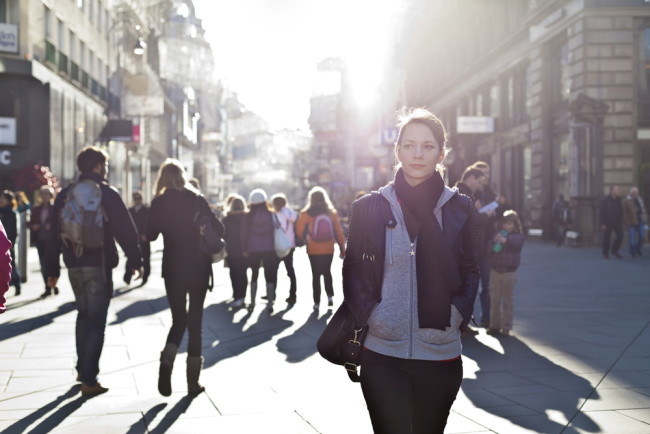 Introversion, it seems, is the Internet’s current meme du jour. Articles on introverts are nothing new, of course---The Atlantic’s 2003 classic "Caring for Your Introvert

" still gets passed around Facebook on a regular basis---but the topic has gained some sort of strange critical mass in the past few weeks, and has been popping up everywhere from Gawker to Forbes. This latest swarm of articles ranges from glorified personality quizzes (31 Unmistakable Signs That You’re An Introvert"

) to business essays ("Why Introverts Can Make Excellent Executives"

) to silly, self-aware send-ups of the trend itself ("15 Unmistakable, Outrageously Secret Signs You're an Extrovert"

). The vast majority of them also come packaged with the assumption the reader understands the basic concept of introversion, and already has a pretty clear idea of whether he or she is an introvert or an extrovert. Scroll through the comments sections, though, and you’ll find that quite a few readers---even introverted ones---don’t appreciate being put in a labeled box. For every grateful response from a self-professed introvert, you’ll find several responses along the lines of, “No one is always extroverted and no one is always introverted,” and, “I consider myself an extrovert but a lot of these introvert traits apply to me.” What does neuroscience have to say about all this? Do the brains of introverted people really look and behave differently from those of extroverts? And if so, what might those differences mean?

Before we go any further, it’s important to point out a significant distinction. When Carl Jung coined the terms “extrovert” and “introvert” in the early twentieth century, he emphasized that introverts aren’t necessarily shy or insecure---nor are extroverts necessarily empathic or loving. The distinction between the two, Jung wrote, lies mainly in the fact that introverts get exhausted by social interaction, while extroverts get anxious when left alone. Introverts need solitude

in order to recharge, while extroverts draw energy

from socializing. Modern psychologists have added a third category, the ambivert

, a personality that combines both introverted and extroverted traits---for example, a ruthless lawyer or CEO who loves to lead but doesn’t crave peer approval. And the Russian Hungarian psychologist Mihaly Csikszentmihalyi reports that his most artistic patients tended to drift between introversion and extroversion throughout their lives. “[They’re] usually one or the other,” he wrote

, “either preferring to be in the thick of crowds or sitting on the sidelines and observing the passing show.” And there’s evidence that artists and execs aren’t alone in this mutability. Psychologists today generally think of introversion and extroversion as labels for areas of a continuous personality spectrum, just as words like “red” and yellow” are labels for certain areas of the light spectrum. We all draw energy from others at times, just as we all need to recharge with some alone time every now and then. Still, says Jason Castro, an assistant professor of neuroscience at Bates College in Maine, “We know there are a few structural features in the brain that correlate with whether a person is relatively introverted, versus extroverted.”

by Harvard psychologist Randy Buckner found that people who identify as introverts tend to have larger and thicker gray matter in certain areas of the prefrontal cortex, a highly complex brain region associated with abstract thought and decision-making. People who identify as strongly extroverted, on the other hand, tend to have thinner gray matter in those same prefrontal areas---which hints that introverts tend to devote more neural resources to abstract pondering, while extroverts tend to live in the moment. A 2013 study

by Cornell University scientists Richard A. Depue and Yu Fu supports this idea. This team of investigators gathered a mixed sample of introverts and extroverts, then randomly split these volunteers into two groups. The first group took the stimulant Ritalin, while the second group took a placebo. The researchers then showed the participants a series of videos such as random landscape shots and forest scenes. After three days of video-watching, the researchers took away the drugs and showed the films again, and then measured the subjects’ alertness and demeanor. Extroverts who’d taken Ritalin were excited by the films even in the absence of the drug; extroverts who hadn’t showed no change in their reaction to the films. These people had instinctively associated exciting feelings, if they had them, with the videos they’d watched. But introverts weren’t happier or more alert post-video, regardless of whether they’d taken Ritalin or not. The Cornell researchers think this finding is rooted in a crucial difference between the ways introverts and extroverts process feelings of excitement. Extroverts, the researchers believe, tend to associate feelings of reward with their immediate environment, whereas introverts tend to associate them with their inner thoughts---or perhaps interpret them as anxiety rather than excitement.

than that of an extrovert. Still other

The Science of Personality

In short, although the science of personality is still in the relative Dark Ages, researchers have begun to draw links between what these structural and functional brain differences between personality types might mean in terms of their respective peccadilloes. But brain differences that correlate with introversion or extroversion don’t necessarily show which of these differences---if any---cause introversion or extroversion. “We don't have experiments that really address whether those brain differences play a causal role,” Castro says. “We're still pretty far from having ... a scientific description of personality differences at the level of cells and synapses.” And it’s important to keep in mind that our brain structures vary from person to person along all sorts of axes that inform our personalities---not just introversion and extroversion. As the science of brain mapping develops, maybe we’ll have a myriad of new spectrums we can use to describe our personalities in terms of our gray matter. Just wait for the listicles that’ll produce.

Ben Thomas is an author, journalist, inventor and independent researcher who studies consciousness and the brain. A lifelong lover of all things mysterious and unexplained, he weaves tales from the frontiers of science into videos, podcasts and unique multimedia events. Lots more of his work is available at http://the-connectome.com.