Scientists debate whether the faces humans make mean the same thing around the world. 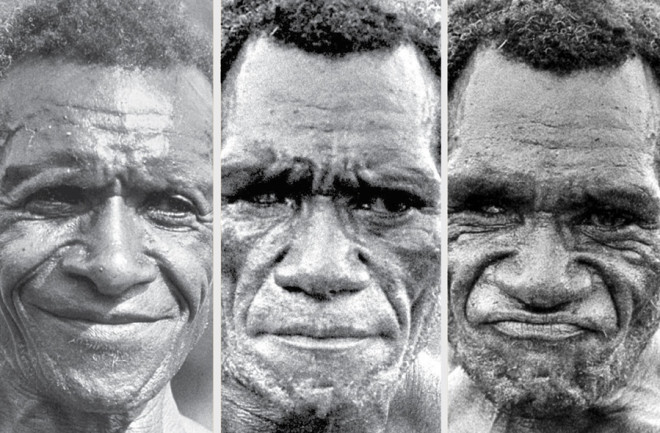 Everyone smiles in the same language, right? For decades, psychologists have backed up the idea that facial expressions are universal. Paul Ekman’s research in the 1960s was a driving force behind this popular notion. He found cultures worldwide describe facial expressions the same way: For example, a scrunched-up nose signals disgust. Even in the isolated Fore tribe of Papua New Guinea, Ekman’s theory held up. But other researchers believe subtle differences in facial expressions exist between cultures. In Science Smackdown, we let experts argue both sides of the question.

A Trobriander boy, also isolated from other cultures, identifies a so-called universally fearful expression as threatening.

In a recent paper in the Proceedings of the National Academy of Sciences, Russell and colleagues studied how two cultures, Spaniards and the Trobrianders, a different Papua New Guinea tribe, interpreted a wide-eyed gasping face. When the team asked Trobrianders what the person making the face might do next, they said he was likely to attack. “They looked at the wide-open eyes and the wide-open mouth that Ekman puts forward as a fear signal, they take it as a threat,” Russell says. In comparison, when Spaniards answered the same question, they said he was likely to run away scared.

The Counterpoint: A Common Language

Ekman — now retired from academia and promoting his theory through his company — isn’t convinced there’s a distinction.