I just came across a paper with an interesting title: The Mutant Says in His Heart, “There Is No God”.

The conclusions of this work are even more interesting. According to the authors, Edward Dutton et al., humans evolved to be religious and atheism is caused (in part) by mutational damage to our normal, religious DNA. Atheists, in other words, are genetic degenerates. 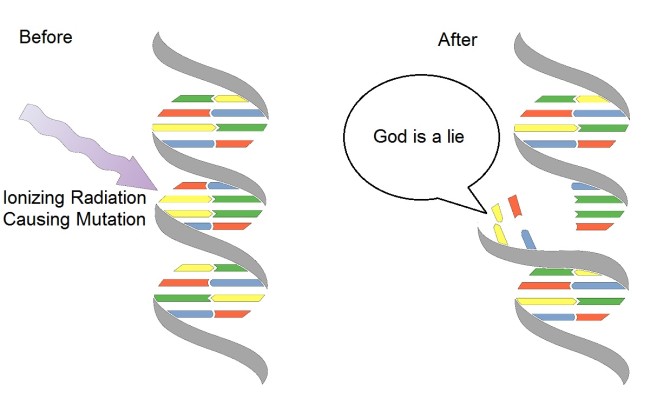 Despite the talk of mutations, there is no genetics in this paper. No atheist genomes were sequenced and found to be mutated. Rather, Dutton et al. claim (mostly on the basis of a review of previous literature) that atheists have elevated rates of proxy measures of genetic health or ‘mutational load’, namely ill-health, autism, and left-handedness. This, they say, is consistent with atheism being a manifestation of “increasing genetic mutation affecting the mind”.

These arguments are unconvincing, to say the least. To take autism as an example, Dutton et al. cite a handful of small studies as suggesting that people with autism are more likely to be atheists. Even if this is true, it doesn’t mean that ‘mutational load’ is involved. It could just be that having autism makes you more likely to become an atheist – I don’t think this has ever been tested, but it seems plausible. Dutton et al. don’t consider this or any other non-genetic explanation for the correlation between atheism and autism.

There’s an even bigger problem with Dutton et al.’s claims. Many studies show that atheists are more intelligent, on average, than religious believers (e.g. this one). Edward Dutton published a paper on this himself. There is much better evidence for an atheism-intelligence link than there is for an atheism-autism or atheism-handedness one. Yet how can high intelligence be compatible with the idea that atheists have harmful mutations? 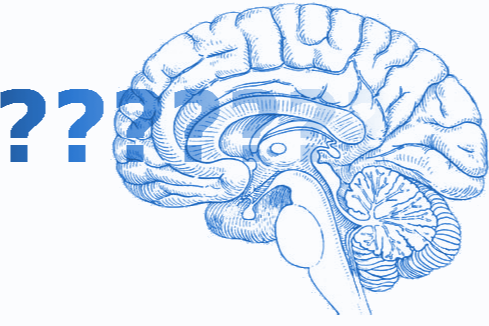 Dutton et al. do attempt to rebut this atheism-IQ objection, but they don’t do a great job. The authors first suggest that intelligence is “extremely weakly influenced by mutational load”, but this seems highly unlikely. We know from genetics (the real kind) that there are hundreds of genes that, when mutated, can cause intellectual disability. IQ is known to be correlated with other (supposed) proxies for genetic fitness, like bodily symmetry.

Secondly, Dutton et al. suggest that atheists might be too intelligent, because a very high IQ causes all kinds of mental and social problems. As such,“very high intelligence can be regarded as a maladaptive mutation, and this would explain why intelligence is weakly negatively associated with religiousness, which is adaptive.”

In support of the idea that very high IQ is harmful, Dutton et al. cite Karpinski et al. (2017), which I blogged about recently and found seriously flawed, and the Terman/Towers idea of the ‘communication range’, which I also think is dubious. But even if you believe in the curse of very high IQ, it’s not clear why this is relevant, since most atheists don’t have very high IQ, but merely slightly above average.

Overall, I found it very hard to believe in the conclusions of this paper. Perhaps my skepticism is merely a reflection of my dodgy genetics?