The author and neuroscientist engage in a dialogue about how we know, what we feel, and how we understand ourselves. 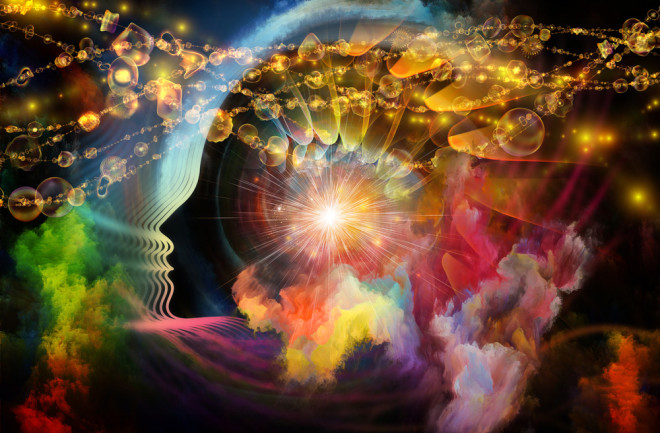 What is consciousness, and how does it emerge from the flesh of the brain?

For generations, this domain of thought was reserved for philosophers. Today neuroscientists also grapple with this question, drawing on experimental findings as well as ideas from history, literature, and philosophy.

With that in mind, we brought together neuroscientist and neurologist Antonio Damasio and novelist and essayist Siri Hustvedt for a conversation about consciousness, memory, free will, and that peculiar, familiar notion we call the self.

Damasio, whose pioneering studies of emotions and decision-making effectively launched the modern neuroscience of feelings, is Dornsife Professor and director of the University of Southern California’s Brain and Creativity Institute in Los Angeles. His new book is Self Comes to Mind (Vintage, 2012).

Hustvedt’s 2010 book, The Shaking Woman or A History of My Nerves, examines her own seizure disorder through historical, philosophical, and neuroscientific perspectives. In dialogue, they probe both mind and brain—and what art has to do with what it is to be human.

Siri Hustvedt: When I got my Ph.D. in English at Columbia, the intellectual truism of the time was that language created consciousness. But over time I began to doubt this. Where was the body? Where was my felt, lived experience? I’ve had migraines all my life and later, a strange seizure disorder. I began to feel that biology was deeply connected to both personality and the flowering of human culture, and that was the beginning of my profound interest in neuroscience.

Hustvedt: What we think of as the self, our subjectivity, is influenced by unconscious forces. Take [Benjamin Libet’s famous experiment in the 1980s], which created a tremendous uproar among philosophers and neuroscientists. Libet asked test subjects to move a finger and discovered something called a readiness potential in the brain. It went off about a third- to a half-second before the subject was conscious of moving the finger. This became a debate about free will: Does free will require a fully conscious action? If you’re thirsty and you get a glass of water, you do not have full subjective linguistic consciousness of the act. It is mostly unconscious, but that doesn’t mean we have no free will.

Damasio: It does not, because most of the decisions important for one’s life are not made in the same way we decide to move a finger or pick up a glass. Important decisions—what we’re going to do with our career or whom we’re going to marry—are usually not made on the fly. For such decisions we tend to deliberate for minutes or hours or weeks or months; we do not do it in the moment of execution of the action. We do it “offline.” That is why people turn their eyes up and look at the ceiling as they deliberate; if they do not, images of the perceptual moment will conflict with the images that they are forming as they make plans.

Hustvedt: You can pay attention to something out there or to your own internal narrator, but paying attention to both does not work. Reading provides a good example. It happens that I suddenly realize I am taking in the words, but my mind has traveled on to another subject. I have some cognitive relation to the words on the page, but it’s not one of semantics, of digesting meaning.

Damasio: What is so fascinating is the limitation of the reasoning space—the screens in which we exhibit our brain maps. We have many such screens: visual screens, but also “screens” for sound, for touch, for olfaction. The brain has discrete anatomical spaces for each one. There is no doubt that when you are listening to a Mahler symphony and watching Daniel Barenboim conducting at the same time, you are having perceptual impressions in two entirely different screen spaces, auditory and visual. Those spaces are so independent that they might as well be in two different cities of your brain.

Hustvedt: The big question for brain research has been, how does all this get put together? It is often called the binding problem, because we have the subjective sensation of a unified vision of the world, but how that unity actually functions is unclear.

Damasio: That has led some people to conclude erroneously that there is one space in the brain where all of it is happening. In other words, because we have a seemingly unified experience of space and time, it is assumed that there is one single theater for the whole thing. Right now the favorite single theater for many people is the prefrontal cortex, a region of the brain located up front, behind one’s forehead. But I have terrible news for anyone who thinks so: We can get rid of our entire prefrontal cortex and still have unified perceptual experiences.

Hustvedt: Most of us with any ability for introspection are aware that there are layers of experience. Take fiction writing. You sit down, and on the page there appears a world that emerges from somewhere—a mental geography that is mostly unconscious. But making art also depends on our capacity for symbolization.

Damasio: Those separate layers and multiple worlds depend on diverse performance spaces in the brain and on sophisticated brain mechanisms of integration. They also depend on memories being formed of one’s integrated experiences and being recalled later. Right now I can see the pearls around your neck, your deep-pink sweater and white blouse, and your beautiful blond hair. At the same time I am hearing your voice and processing certain ideas about you and about what you and I are saying. All of these processes occur in different places in my brain, but timing and the fact that we have a single self will give me a unified experience of time and space.

How do I make a memory of this moment? We need to find systems in the brain where signals related to all these different things can converge and code for the simultaneity of events. Later, converging signals can be reactivated and sent back to the regions they came from, reconstructing a paler version of the original experience. I believe this is how memory works. When we hear a tune in our mind and recall the people we were with and the place where we last heard it, we are using this convergence-divergence framework to reconstruct the fragments that composed the original set.

This framework is quite economical. instead of having to record every event that you go through every day with every person, the books you read, the things you see and hear and touch and smell, all you need to do is record conjunctions of aspects of events. If tomorrow I remember talking to you today, I will reconstruct some aspects of our session, and this recall will relate to the original, of course. But I will not reproduce a facsimile memory of the session. I will put together bits and pieces of this experience, and they will reconstruct parts of this moment, but the reconstruction will not be entirely accurate. In time I may even make a confused recall and say that you were wearing a blue sweater.

Hustvedt: Our brains and our memories are not like recording devices, not like film, and that is why we can sometimes make significant errors. Those errors can be created by the emotion attached to an experience. You can even invert a memory—create its opposite—depending on your motivation. I don’t mean conscious motivation, but a deeply embodied drive or push that has a powerful emotional valence, which then alters the memory. Emotion also consolidates memories. We remember things that meant something to us and forget what we were indifferent to.

Damasio: When people testify in court, they make all sorts of errors and inversions of time sequences because memory is not like a filmic medium. Our brains don’t use celluloid with an optic sound track attached to it. What we have is this incredibly sophisticated mechanism of coding. By the way: We do not have memory only of the things that we have been living through since we were born. We also have past memories that we have inherited through the whole history of evolution before us. We have memories of things our forerunners did, and I’m not just talking about the human forerunners, but forerunners that go all the way back to reptiles and single cells.

Hustvedt: How does consciousness fit into this?

Damasio: My perspective on consciousness has changed a lot. I used to think of consciousness as a late evolutionary development, a property that gave access to higher thinking and reasoning and tended to be largely human, although not exclusively. But now I see consciousness as something that is widely available in many other species—in all mammals and birds and reptiles, for example. The forerunners of consciousness can be found in the processes of managing life that are present in very simple life-forms. Take the example of bacterial cells, which can even organize socially. Without a brain or a nervous system of any kind, bacteria can sense how many of them are there in a group—something called quorum-sensing—and decide to attack or not based on the collective messages they pool. In a way, they are answering, by dint of their behavior, an unposed and complicated question such as “Do we have enough troops to fight for this territory?”

Hustvedt: Bacteria have drives, but they don’t have reflective self-consciousness. They can’t “see” themselves doing what they’re doing while they’re doing it. They can’t imagine what tomorrow will be like or explicitly report on what they were up to last week. Human beings have projective abilities, and this capacity to project the self in time—into both the past and the future—is the core of the imagination. The imaginary realm cannot be cut off from its neurobiological roots, but without it we would have no culture.

Damasio: With our complex brains we have evolved the ability to project the process of consciousness into a completely different dimension.

Hustvedt: The French phenomenologist Maurice Merleau-Ponty argued for an embodied intentionality that was far more than a self-conscious “aboutness.” It is lodged in biological processes but extends up and out into our ability to recognize ourselves in the mirror, to imagine ourselves as other people, to entertain fantasies about the future, to create fiction and art. Unconscious processes or drives lie beneath all conscious processes. Dogs, cats, even snails are conscious—awake and aware and remembering—but they don’t recognize themselves in mirrors and don’t imagine themselves from other perspectives. They can’t pretend. Pretending seems to be an exclusively human ability.

Damasio: As conscious individuals we can invent something new. I call the process sociocultural homeostasis because it targets a problem in the complex system—in this case, society—so the system operates as efficiently as possible. This is the case with moral rules and laws, which aim at curbing dangerous behaviors that compromise the function of individuals and of the group. Religion and the arts are restorative endeavors that accomplish homeostasis by promoting a smoother functioning of individuals and groups.