A Time to Cry, and a Time to Laugh 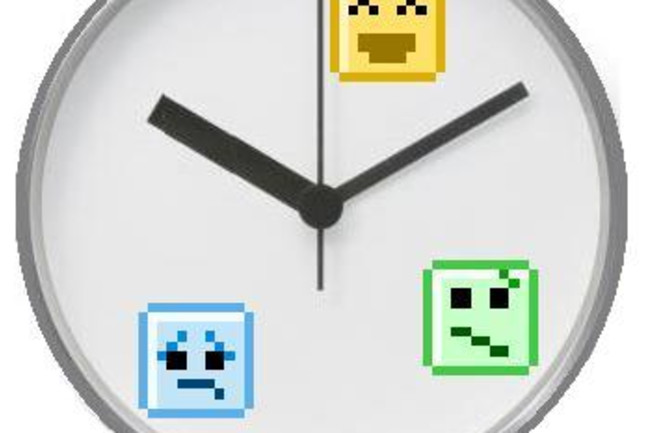 I feel really groggy and tired in the middle afternoon, but awake and energetic late at night. #idothistoo

I don’t do Twitter but, ugh, fine, #idothistoo. However, in my case, the effect is sometimes more dramatic. If I’m in a depressive episode, my mood follows the same cycle, worse in the afternoon and better later in the evening, often to the point that some symptoms entirely disappear at nighttime.

In medical terms, this is called diurnal mood variation and it’s considered a hallmark of clinical depression. The classical diurnal variation is progressive improvement throughout the day; waking up is said to be worst, especially when you wake up in the early hours of the morning (so-called “late insomnia”).

In my experience, this is true but only when my depression is severe: I wake up two or three hours early feeling terrible, and then gradually improve. In milder episodes, I wake up at a normal time, or later than normal, and my mood is worse in the afternoon than the morning before recovering again

Yet another phenomenon is the antidepressant effect of sleep deprivation. Staying awake the whole night often produces dramatic improvements in mood, though unfortunately the effect is transient and is lost when you do eventually fall asleep. This is unsurprising, if you think about classical diurnal mood variation: it’s almost as if mood improves in proportion to the length of time spent awake. Again, I can confirm this from my personal experience.

Why does all this happen? No-one knows; many neurotransmitters and hormones have a circadian cycle – the best known being cortisol but almost everything is affected to some degree. Clearly a great many people experience diurnal cycles of energy – as Twitter shows – and the variations in depression are, presumably, an extreme form of the same phenomenon. The case of the man with almost no monoamines is also interesting: his symptoms showed a diurnal course, though it was reversed – better in the morning.

Diurnal variation is one of the few good things about depression. It’s why the phrase “unrelenting misery” is not quite accurate: there is some relenting. You get to take a break, if only partial. It’s even been suggested that it might be beneficial to schedule psychotherapy for the late evening, to maximize the mental energy available, and I can see how this would work, though it would rely on your therapist not having anything to better to do that night.

When depressed I’ve made use of this by staying up much later than usual; I generally go to bed around midnight but during an episode this often becomes more like 2 am, so as to squeeze as many hours of relative normality into the day.