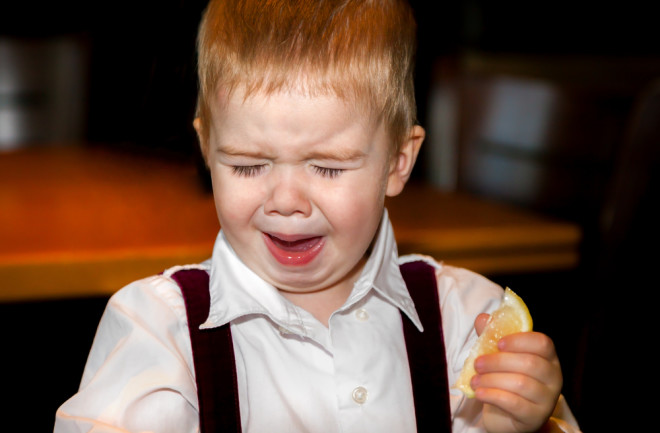 (Credit: In The Light Photography/Shutterstock) Tired of playing it safe? Go suck a lemon! No, really. A new paper published in Scientific Reports says tasting something sour is linked to more risk-taking behavior in people. Researchers from the University of Sussex in England recruited 168 volunteers from both the United Kingdom and Vietnam. The team gave them a taste of just one of various solutions that fell into the five main taste groups of humans: bitter, salty, sour, sweet and the savory umami. The tasters then took part in a computerized test that measures risk-taking: They got paid to blow up a digital balloon. The more air in the balloon, the more money they could get; they could cash out whenever they wanted. But if the balloon popped? Bye bye, potential winnings. When the team crunched the data, they found the people who’d tasted sour citric acid were much more likely to keep pumping up the balloon compared with people who’d gotten a taste of the other solutions. Specifically, sour tasters were 39 percent more likely to push the balloon to its limits than sweet tasters, about 20 percent more likely than bitter tasters, roughly 16 percent more likely than salty tasters and just over 40 percent more than umami tasters. And no matter which country a participant lived in, their level of risk-taking or their style of thinking (more logical and analytic or more gut-based and intuitive), having a sour taste in your mouth still made them more likely to take risks. In the paper, the researchers concede it’s a bit of an odd thing to explore: “One might now ask why, in the real world, would anyone want to promote a riskier behavior of people?” But their point makes a degree of sense — without taking risks, we don’t learn anything new. And risk-aversion is especially prominent in people with disorders such as anxiety and depression. So, the researchers argue, if you have these disorders, maybe adding more sour foods into your diet could help keep that aversion in check. Then you’d be more inclined to take chances, like talking to a stranger, that will lead to self-improvement.