A New Kind of Dementia Strikes the 'Oldest Old' 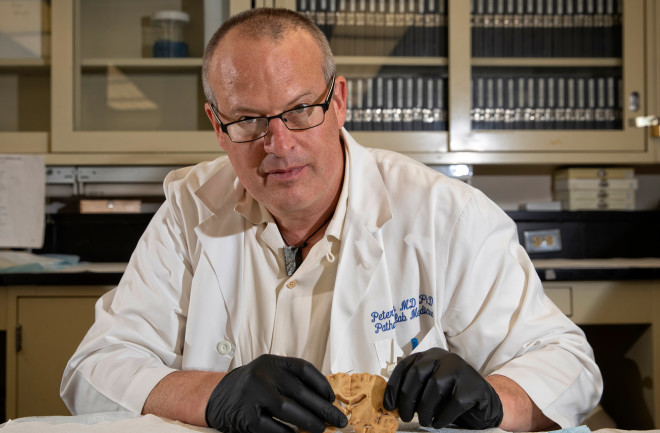 So many older people experience the tell-tale symptoms of Alzheimer’s disease, like forgetfulness and muddled thinking. Yet post-mortem autopsies often find none of the amyloid plaques or tau tangles that are hallmarks of the mind-robbing illness. Now, scientists may have solved this perplexing mystery: These patients are probably affected by a newly identified degenerative disorder that mimics Alzheimer’s and may be just as prevalent among older adults.

Called LATE (limbic-predominant age-related TDP-43 encephalopathy), it mainly affects the “oldest old” — generally people older than 85. It also seems to be associated with deposits of an errant version of a protein called TDP-43 that collect in brain regions governing memory, like the hippocampus and middle frontal gyrus, as well as areas that regulate emotions and survival instincts, like the amygdala. Roughly one of four people older than 85 have buildup of this protein in these sections of the brain, suggesting the disorder may be as much of a public health threat in this age group as is Alzheimer’s.

Over the past decade, scientists noticed about a third of neuroimaging scans and cerebrospinal fluid analyses on living patients with memory problems came back negative for Alzheimer’s. Instead of the expected tau or amyloid deposits, “we’d look under the microscope and there was some other protein that was accumulating,” says Julie Schneider, associate director of Rush University Medical Center’s Alzheimer’s Disease Center in Chicago.

Slowly, the puzzle pieces started falling into place. This appeared to be a different illness. “We all had clues and noticed different bits and pieces, but no one had a complete picture,” says Peter Nelson, a neuropathologist specializing in dementia-related research, including Alzheimer’s, at the University of Kentucky.

Finally, in a paper published in the journal Brain in April, scientists from numerous disciplines gathered everything they knew about this disorder to create a resource that could be used as a foundation for further research. They agreed upon the name LATE, and described symptoms and the affected brain regions. They also fingered the probable culprit — the errant TDP-43. In addition, they suggested diagnostic tools and strategies for targeted therapies that could thwart the abnormal protein.

“The more we understand,” says Nina Silverberg, director of the Alzheimer’s Disease Research Centers Program at the National Institute on Aging, “the better hope we have of finding a treatment.”

More From Discover
Mind
Psychedelic Research on How Mushrooms Can Help Combat Depression
Mind
What Keeps Us in Bad Relationships?
Mind
Weed Might Not Make You Creative After All
Mind
Calming Kids With Electronics May Affect Emotion Regulation Skills
Mind
Gut Bacteria's Role in Anxiety and Depression: It’s Not Just In Your Head
Mind
What Psilocybin Psychedelic Mushrooms Are Teaching Us About Human Consciousness
Recommendations From Our Store
My Science ShopDiscover STEM Kits
My Science ShopDiscover 2022 Calendar
My Science ShopStrange Science
My Science ShopElements Flashcards
Shop Now
Stay Curious
Join
Our List