A Mood Ring for Your Mind 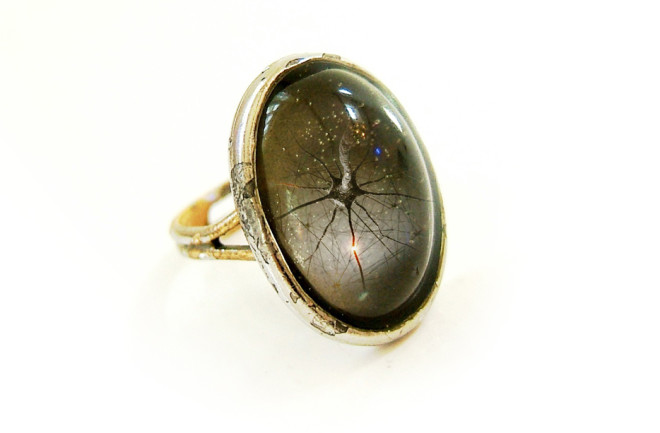 Emotions can be as clear-cut as a bolt of rage or as hard to pin down as Jane Austen’s “half agony, half hope.” People often struggle to name their emotions, are torn by conflicting feelings, or conceal their true state of mind, leaving scientists stumped for ways to measure emotion in the lab.

But in June, Carnegie Mellon University researchers reported they had identified, for the first time, unique brain activity patterns for nine specific emotions and could correctly guess which one a person was feeling — essentially reading the mind.

The researchers asked 10 method actors, trained to generate emotional responses on demand rather than just mimic them, to write vignettes that evoked each of nine feelings: disgust, anger, fear, happiness, lust, envy, pride, sadness and shame.

Actors imagined each scenario in turn while a scanner recorded their brain activity. The researchers used computer algorithms to detect patterns in the scans. By combining data from nine of the actors, the system could identify which feeling the 10th was experiencing, well above random guessing.

The technique might eventually help people manage their emotions better, identify mixed emotions or even reveal hidden feelings. “Many pathologies are based on emotions going out of control,” says CMU psychologist Karim Kassam, who led the study. “Knowing something about the underlying structure of emotion may allow us to understand better how to treat them.”

[This article originally appeared in print as "A Mood Ring for Your Mind."]

More From Discover
Mind
Your Next Therapist Could Be a Chatbot App
Mind
Mental Health Problems Increase In Millennials and Gen Z, New Study Reports
Mind
Conversations With Strangers Are Often More Enjoyable Than We Expect
Mind
Finding the Right Messaging: Reverse Psychology and Reactance
Mind
5 Rare Mental Conditions You May Not Know About
Mind
Determining the Origin of Our Moral Compass
Recommendations From Our Store
My Science ShopDiscover STEM Kits
My Science ShopDiscover 2022 Calendar
My Science ShopStrange Science
My Science ShopElements Flashcards
Shop Now
Stay Curious
Join
Our List