A Mathematical Equation to Predict Happiness 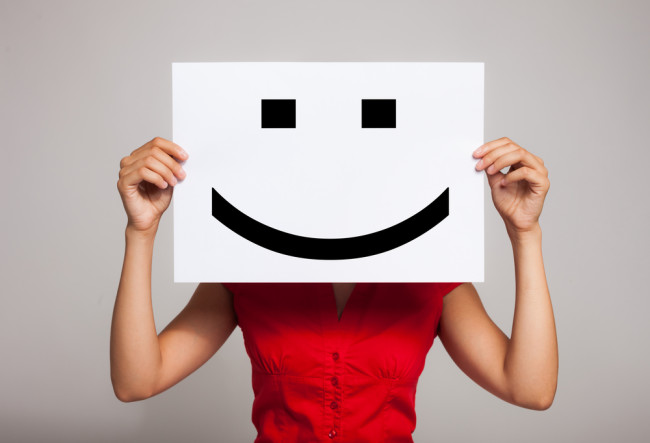 Philosophers and writers have spilled countless barrels of ink attempting to elucidate the origins of happiness. What is happiness? How do we achieve it? Will we even know it when we do? These are complicated questions. But according to researchers from University College London, this is all you need to know about happiness:

Got it? Yes, you’re looking at the mathematical equation for happiness. But before you cancel your trip to Tibet, we should point out that this equation doesn’t explain your overall satisfaction with life; rather, it can predict how happiness levels fluctuate when we win or lose a reward in a simple game. Using this formula, researchers discovered that our momentary happiness tends to be greater, not when things are going well, but when they’re going better than expected.

To build their formula, researchers started with 26 individuals who agreed to play a gambling game inside an fMRI machine. The subjects made gambles of varying degrees of risk, which would lead to monetary rewards or losses. Every few rounds, participants rated their happiness levels on a 0 to 10 scale, and this was correlated to their brain activity at the time. Researchers discovered that expectations play a crucial role in determining our momentary happiness. For example, when participants in the study played the game and won $0 instead of $2, their happiness level was low, as evidenced by self report and by brain scan. However, if they won $0 instead of losing $2, they were far happier — despite winning the same amount of money. The authors liken it to another real-world example: we would be happier with a 1-hour flight delay if we were initially told there was a 50 percent chance of a 6-hour delay, than if there was no erroneous warning. So, the authors conclude, happiness isn’t about the tangible outcome — it’s all about exceeding expectations.

Once researchers built their happiness formula, they tested it on 18,000 people who played a similar game through a phone app. Sure enough, the formula accurately predicted fluctuations of happiness with each win and loss. The team published their findings this week in Proceedings of the National Academies of Science

. However, though lowering expectations increases the probability of happiness, researchers stress that expecting the worst isn't a great approach in general. With a negative outlook your overall well-being suffers until something better comes along. But in societal endeavors, such as politics, they say the approach of lowering expectations could increase people's satisfaction with the outcome. So there you have it: Tell yourself the truth, but expect politicians to lie to you. It's for your own happiness.

MindTurns Out, You Can’t Blame Your Personality on Birth Order — Unless You’re a Twin
Recommendations From Our Store