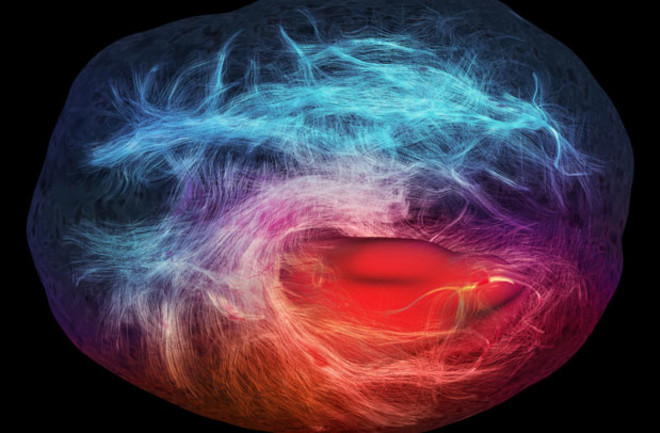 A fast-growing tumor (solid red) displaces nerve fibers (colored strands) in a false-color image of a 54-year-old woman’s brain, as seen from above. Produced by a technique called fiber tractography, the image helped doctors at Sherbrooke University Hospital Center in Quebec avoid cutting vital circuitry during brain surgery: The reddest nerve fibers were those most likely to be severed by incisions to remove the tumor. The operation was successful, improving the woman’s likely survival time from about a year to several years or more.