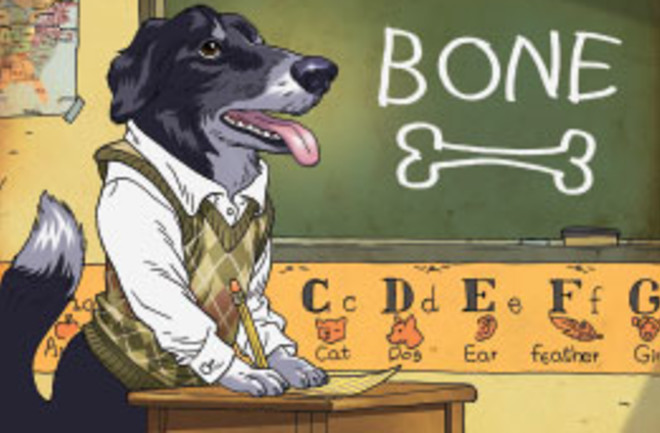 As children learn to speak, they often figure out the approximate meaning of a word on first hearing, a process psychologists call fast mapping. In June researchers announced that fast mapping is not unique to humans. German scientists reported that a 9-year-old border collie named Rico knew the names of more than 200 objects and quickly learned others, much like a child.

Researchers at the Max Planck Institute for Evolutionary Anthropology saw the dog on a television program and decided to test him under controlled conditions. First, they asked Rico to go into an adjacent room and select random toys he already knew. He succeeded in 37 of 40 attempts.

Then, an unfamiliar toy was put in with some of those he already knew. When he was given a word he had never heard before and told to fetch the corresponding new toy, Rico selected the correct one 7 out of 10 times. He apparently used exclusion to make his selection.

Four weeks later, without having seen the new items in the interim, Rico retrieved them by name in 3 of 6 attempts. What’s more, he did so at about the same rate as a 3-year-old child. In a test of memory retention 10 minutes after learning new items, he retrieved four of six.

Other animals—chimpanzees, parrots, and seals—have been shown to use exclusion. “But they haven’t shown that they can also learn the new name for the object,” says one of the researchers, Juliane Kaminski. “This type of word learning, as shown in the dog, is not uniquely human anymore.”

Their study raises intriguing questions. What more does Rico know? Would he also not retrieve the toys if asked? Are other dogs just as smart? Kaminski plans further experiments.