Treatment offers hope to thousands afflicted by the neurodegenerative disease. 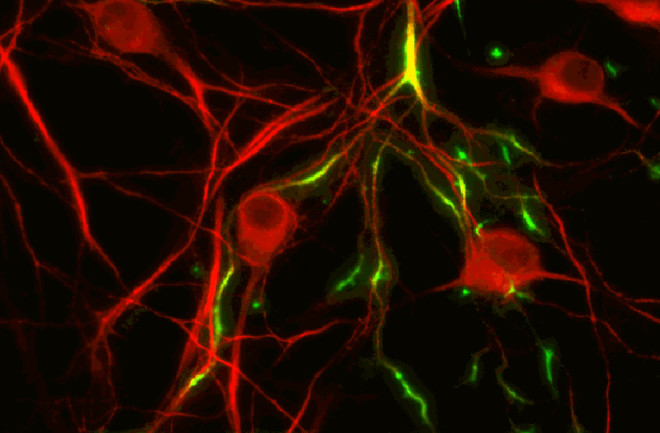 In July researchers investigating Huntington’s disease announced a treatment that can eliminate the distorted proteins that cause the illness, offering hope to the 30,000 people afflicted in the United States. Huntington’s disease causes neurons to waste away in certain parts of the brain, resulting in cognitive decline, involuntary movement, and eventually death. When mice with the disease were given increased amounts of the protein PGC-1-alpha, which is naturally present in both mice and humans, the neural decay was dramatically reduced.

According to the study’s lead researcher, geneticist Albert La Spada of the University of California, San Diego, "the prospect of an oral drug is conceivable." The PGC-1-alpha protein has also been shown to play a role in other neurodegenerative disorders like Parkinson's and possibly Alzheimer's.

Next, La Spada wants to research a drug that will activate the protein in mice. In three to five years, he estimates, human trials could begin.