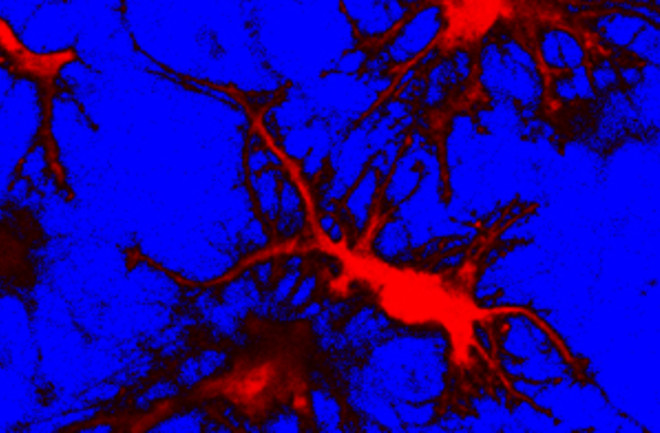 Neurons seem to be the brain’s workhorse cells, carrying out all the crucial electrical communications. The rest of the brain’s cells, called glia, were long considered little more than scaffolding. But one kind of glial cell, the star-shaped astrocyte, actually appears to take an active role.

In a report published in Science in July, British and American researchers showed that when rats inhale excess carbon dioxide, astrocytes in the brain stem sense the resulting increase in blood acidity. The team tagged these astrocytes with a protein that fluoresces in response to cellular activity and saw that the cells signaled the neurons that influence breathing. The rats then breathed more deeply, taking in more oxygen. “These guys are even more sensitive than neurons,” says Sergey Kasparov, a University of Bristol molecular physiologist.