5 Icky Animal Odors That Are Prized By Perfumers

Secretions, digestions and excretions of animals are some of the most expensive and sought-after ingredients in perfumes. 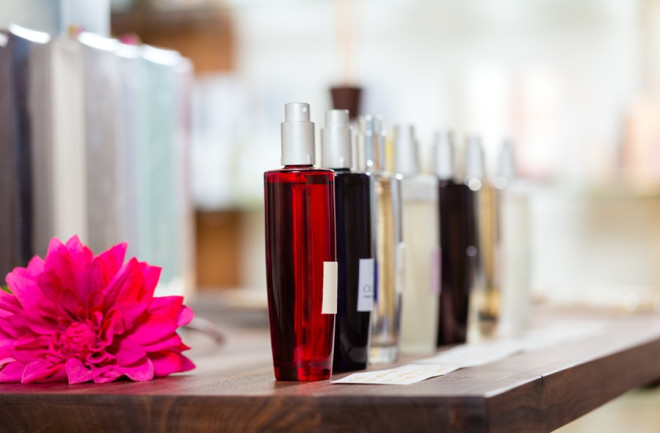 Animal essences have been prized throughout history. Exotic, complex, and fabulously expensive, these scents are still very much in use in perfumes, incense and flavorings. They range from the mysterious indigestibles of the massive sperm whale to the hardened poop of the tiny hyrax — and they’re fiercely sought after.

At full strength the scents are nauseating to most people, but upon dilution they reveal an incredible beauty and delicacy. Although they have been used in medicine as long as in perfume, it is in scent composition that their true sorcery becomes apparent. They have a remarkable effect on the other ingredients in a perfume, a little like how a pinch of salt can make a dish sing.

The use of some of these ingredients in perfumery is also controversial, because in some cases the scent ingredients cannot be obtained without killing the animal. In other cases harvesting the aromatics has historically involved cruel treatment of animals, although some progress is being made in developing sustainable and humane methods.

Here, five of the most widely used animal essences, and where they come from.

It isn’t surprising that these odd, unearthly masses that people found washed up on the beach gave rise to so many myths about where they came from, as their appearance gave so little clue to the true story.

Ambergris is a wax-like pathological growth found in the stomach and intestines of about one in a hundred sperm whales, and also in the pygmy sperm whale. Its exact causes are still uncertain, but its growth may be spurred by the irritation created by indigestible elements in the foods eaten by the whales, such as the beaks of cuttlefish, which are almost invariably found in ambergris. Sometimes the whale will sicken and die before the condition can remedy itself, but usually the “raw” ambergris is expelled as a stinking fecal mass.

The various flights of fancy regarding ambergris were perhaps further inspired by the seemingly miraculous transformation of the material from this fresh state — fecal, soft, dense, and jet black on the outside and dark brown inside — to the aged white, porous, and faintly sweet-smelling chunks. The finest ambergris develops an incomparably lovely, sweet, musky odor that seems to combine perfume, the sea, and some primordial animal scent.

For the chemist, ambergris remains one of the great mysteries of perfumery; a fixative of great value, it is long-lasting and mellowing. Used in small quantities, it creates an exalting and shimmering effect on the entire perfume. Sweet and dry, with stronger notes of wood, moss, and amber, it has only a slight animal aroma.

Musk deer weigh twenty-five pounds and stand only twenty inches high. They are solitary and shy, and do not grow antlers. Only the mature male produces musk, which is stored in a hairy pouch just the size of a golf ball, in front of the penis. To render musk for use in perfumery, the dried gland is chopped into small pieces and left in high-strength alcohol to mature for many months, or even better, for years. It possesses a sweet, generous, aromatic intensity and longevity, bringing an elegance and a radiance to any perfume composition.

Musk was — and is — so popular for fragrance because it can be used either on its own or as an incomparable fixative. Long before people were concerned about the sustainability of the species, the search for synthetic versions had begun, because of the staggering price and rarity of natural musk, but the complex odor profile and effect of musk cannot be duplicated in a lab.

By the beginning of this century, however, musk deer populations had been hunted to precariously low levels, and the animal had disappeared altogether across large parts of its original Himalayan range. Already in 1973, the deer’s plight was recognized by the Convention on International Trade in Endangered Species of Wild Flora and Fauna (CITES). The CITES agreement limits trapping of the deer, and most countries (Japan and France excepted) greatly restrict trade in natural musk.

Over the past fifty years, there have been efforts in China to raise the endangered Alpine musk deer (Moschus sifanicus) on farms. A 2011 study concluded that musk deer could be farmed sustainably through proper management and breeding.

Pure civet is a crude, buttery-yellow paste that turns darker with age. At full strength the tincture smells fecal and nauseating, but when diluted it has a radiant, velvety, floral scent. It gives great effects in perfumes, smoothing out rough patches, adding a sense of shimmer, diffusion, and warmth.

Civet is a catlike animal with a long tail and a long, pointed muzzle like that of an otter. Its various species are native to Africa and much of Asia. The paste is the potent secretion produced by the perineal glands of both male and female civets.

These days civet paste from farmed animals continues to be imported into Europe and the United States, virtually all of it from Ethiopia, traditionally shipped in the horns of zebu cattle. Each dried horn holds about five hundred grams of paste, the amount one civet can produce over a period of about four years. Chemists have developed synthetic versions like civetone, but they can’t quite replicate the complexity and effects of natural civet.

In the meantime the quest for a thoroughly humane way of harvesting civet continues. I have found a company in Thailand that appears to be selling sustainable, humanely produced civet. They keep three hundred civets, which they tell me they feed twice a day, on bananas, rice, and meat. Each civet has its own wooden cage, which is cleaned every three days. In the middle of the cage, there is a wooden stick about two inches in diameter and a yard long onto which the civet releases its paste. Every morning the paste is collected from the stick and the stick is replaced.

I sampled some of this civet paste and found it to be a murky, light brown paste, like a hair pomade. It smells sweet and a bit like pecorino cheese. Diluted in alcohol, it loses some of its intense animal notes and reveals the musky, floral sweetness for which the substance is renowned.

In perfumery, castoreum has been used as the ultimate leather scent, evocative of fine leather upholstery, in classic leather-themed perfumes. Castoreum comes from the castor sacs of the beaver, which occur in both males and females between the pelvis and the base of the tail. The beavers themselves, notoriously territorial and aggressive with intruders, use it to scent-mark, constructing scent mounds made of mud, debris, and castoreum along the border of their territory.

Castoreum was used to treat ailments ranging from headache to hysteria, its beneficial effects attributed to the salicylic acid (similar to aspirin) derived from the willow bark in the beaver’s diet. The Romans believed that the fumes produced by burning castoreum could induce an abortion, Paracelsus thought castoreum could be used in the treatment of epilepsy, and medieval beekeepers used it to increase honey production.

The Native American Cree (whose westward migration was tied strongly to their hunting and furtrading) recommended that the scent sacs be boiled and applied as a poultice to wounds, to stanch bleeding and prevent infection. The Yupik in Alaska use the dried beaver sacs as pain relievers, in addition to chewing on willow bark itself.

Hyraceum, also called “Africa stone,” is the petrified and rocklike excreta of the rock hyrax, a medium-size mammal that looks like a big guinea pig and whose closest living relative, oddly, is the elephant. Besides having a positive transformative effect on every other essence in a perfume, hyraceum is perfect for lending a “dirty” note to perfumes that are too sweet or too fresh.

Rock hyraxes are native to Africa and the Middle East and live in colonies of ten to eighty individuals, all of whom have a habit of defecating and urinating in the same location. The resulting deposits, once they have petrified (a process that takes hundreds if not thousands of years), are a sought-after ingredient in both traditional South African medicine and perfumery.

The “stones” are brownish and brittle; when they are broken open, they release a dark oil with an intense, complex, fermented scent, sort of a cross between civet and castoreum.

The animal scents have a particular affinity for, and perform magic on, human skin. Being of a body, they speak to the unique odors of our own bodies — they remind us, in fact, that as animals we have our own distinctive scent.

Other creatures, of course, don’t need to be reminded. Mosquitoes pick their victims through the amino acids and hormones we emit. As Darwin observed, apes respond with excitement to ovulating women, and male goats and bulls are more active around menstruating women.

The idea that each of us exists inside our own idiosyncratic “olfactory envelope” asserts itself when different people try natural perfumes on their skin; responding to our biochemistry, they smell different on each of us, which is part of their allure. And inhaling the animal essences puts us back in touch with our animal nature, which expresses itself nowhere more keenly than in our sense of smell.

Text excerpted from Fragrant: The Secret Life of Scent, by Mandy Aftel. Reprinted with permission of Riverhead Books.