36. New Project Maps the Wiring of the Mind 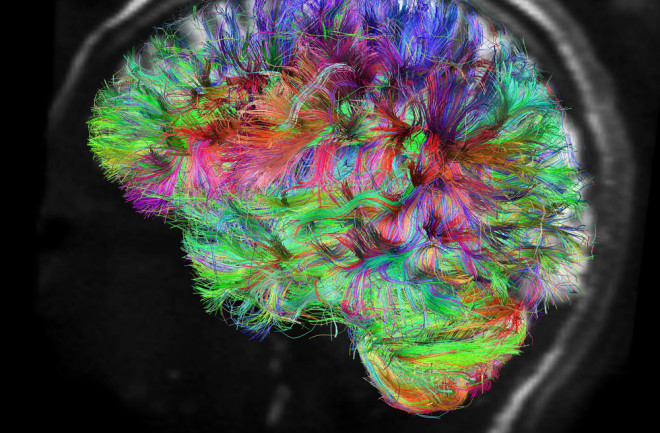 This scan of a normal human subject was acquired using a first-of-its-kind MRI scanner that's 10 times higher in speed and resolution than conventional systems. | Courtesy of V.J. Wedeen and L.L. Wald, Martinos Center for Biomedical Imaging at MGH

A group of scientists planning to map all the major connections in the human brain began studying their first test subjects in August. The $30 million Human Connectome Project will trace the main neural pathways that link the roughly 500 major regions in the brain, illuminating how biological circuitry underlies our mental functions. MRI scans of 1,200 people, including 300 pairs of twins, will be used to compile an atlas of communication routes throughout the brain. The resulting blueprint will also reveal how brain connectivity varies from person to person.

The Human Connectome Project’s scans will achieve only a fairly rough resolution of about 1 millimeter (0.04 inch), analogous to mapping the world’s highways and boulevards while skipping local streets. But that will still represent a huge advance, since scientists currently have no global brain map at all. “Until now we’ve had only a fragmentary understanding of who is talking to whom in the brain,” says David Van Essen of Washington University in St. Louis, one of the principal investigators. “It was a lot of noisy information.”

Researchers hope to use the project’s data—an estimated million gigabytes of imaging scans, genetic analysis, and behavioral tests that will be shared with the public and the scientific community—to explore how a person’s brain connectivity relates to his or her mental abilities, including memory, self-control, and decision making. Van Essen envisions that individual connectome mapping could lead to improved treatment of mental disorders. Rather than offering a blanket diagnosis of autism or schizophrenia, for example, a neurologist could observe abnormal brain circuitry to see exactly what has gone wrong and propose a personalized regimen of therapy or medication.