20 Things You Didn't Know About Sex

Why love songs can be deadly, why male spiders wrap their romantic gifts, and why we have sex in the first place. 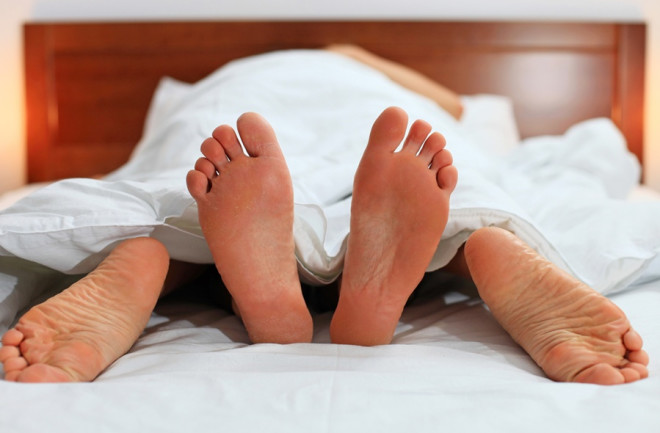 1. Marvin Gaye breaks it down in “Let’s Get It On” — what could be simpler? Psychologists at the University of Texas at Austin take a different view. They surveyed 444 people and found 237 reasons why people have sex.

3. Believe it or not, biologists cannot agree on the reason for sex either.

4. The standard evolutionary argument is that the mixing of DNA between two members of a species introduces more variation into the gene pool. But asexual reproduction is far more efficient.

5. One leading hypothesis suggests that sex won out over DIY as a defense against parasites, which would be less harmful in a varied gene pool.

6. In 2009 a team of scientists bolstered this idea by monitoring two groups of snails — one that reproduced sexually, the other asexually. Over time, the self-starters became more susceptible to parasites, dying off at a faster rate.

7. Not that sexual reproduction is exactly disease free. About 3.7 million Americans carry the most common sexually transmitted parasite, Trichomonas vaginalis.

8. You think we’ve got troubles? The mating call of certain Hawaiian male crickets attracts a fly that deposits parasitic larvae. When the larvae mature, they burst out of the cricket, killing it instantly.

9. Some male crickets have a mutation that prevents them from making the call, helping them elude the deadly flies. The sneaky-quiet ones hang out around the vulnerable singing crickets so they can still meet girls.

10. One of nature’s most elaborate mating rituals belongs to the nursery web spider. Males wrap a collection of gifts — typically edible insects — in silk bundles and present them to potential mates.

11. In some cases, male spiders try to sneak in worthless items like the leftovers of already-eaten bugs, so females have learned to examine the gift. Danish researchers found that far greater success was awarded to males who had a nicely wrapped package.

12. When the mood strikes a male Muscovy duck, the corkscrew-shaped embodiment of its excitement shoots to a fully extended 8-plus inches in just 0.36 second.

13. Battle of the sexes: The corresponding female organ is also corkscrewed — but in the opposite direction.

14. Studies of human male inflation, a.k.a. “phallometry,” often use a sealed, gas-filled cylindrical chamber that fits snugly around the object of interest and registers the amount of gas displaced.

15. Equivalent studies in women use a photo-plethysmograph, a probe that measures pulse and changes in blood volume in the vagina.

17. Yet Chivers found that women exhibited increased blood flow when watching bonobos mate, even though they did not report feeling aroused.

18. Chivers speculates that increased blood flow (and associated lubrication) in response to witnessed sexual behavior could be a biological response that prepares females for sudden, unsolicited penetration.

19. Ohio State University psychologist Terri Fisher tested the oft-repeated claim that men think about sex every seven seconds (which translates to 8,000 instances daily) by having 283 students carry around a golf-score counter and click each time they thought about sex, food, or sleep. In reality, the young men’s fancy turned to sex merely 19 times per day.

20. The young women in the study had 10 such daily thoughts, on average, and both genders thought about food and sleep just as often as sex.