20 Things You Didn't Know About... Failure

Next time you see the F-word, remember you're in good company.

1. Alfred Nobel considered himself a failure. After a newspaper’s premature obituary dubbed him “the merchant of death,” the inventor of dynamite set out to improve his reputation by establishing prizes in peace, literature and the sciences. 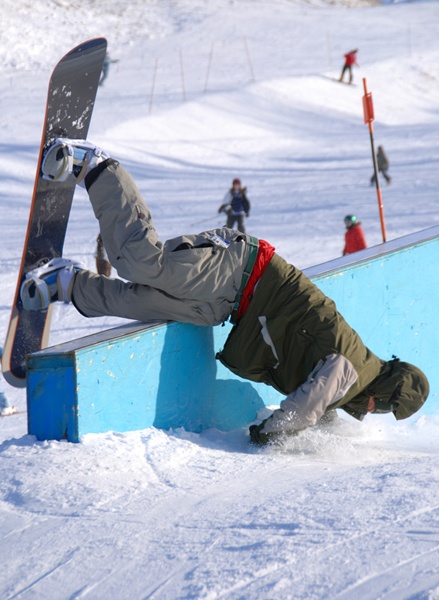 2. Only one scientist has won a Nobel for failing. In the 1880s, Albert Michelson tried to measure the “luminiferous ether” that scientists thought was the carrier of light. He couldn’t find it, because it didn’t exist. Michelson had inadvertently discovered that light carries itself, though it would take a patent office clerk named Albert Einstein to explain it. The short version: E = mc2.

3. Several scientific journals now specialize in publishing failed experiments, including the Journal of Negative Results in Biomedicine and the Journal of Articles in Support of the Null Hypothesis.

4. Getting scientists to fess up to failure ain’t easy. After just over a year, the Journal of Errology managed to attract only two papers and called it quits.

5. Google budgets for failure and its potential insight. Employees can spend 20 percent of each workday on their own projects even though 80 percent of Google ventures fail.

6. The first product manufactured by Sony, shortly after World War II, was an electric rice cooker. Handy, except that it undercooked or burned the rice. Failing to sell a single one, the company tried an even dicier new gadget: a tape recorder.

7. On average, 10 percent of U.S. companies go out of business annually.

8. And corporate extinctions follow a pattern: A low-level attrition rate is occasionally punctuated by many companies failing at once. The economist Paul Ormerod has found that the relationship between severity and frequency follows a power law — mass failure is exponentially rarer than everyday attrition.

9. The pattern seems to be natural. Over the past half-billion years, the extinction of species has followed that same power law.

10. Henry Ford’s Edsel was the dodo of automobiles, but Ford had far worse ideas.

11. His biggest failure? Fordlandia, a 2.5 million-acre rubber plantation in the Amazon. With characteristic efficiency, Ford planted rubber trees in tight formation. Fordlandia was efficient — as a buffet for caterpillars.

12. The nonprofit Search for Extraterrestrial Intelligence (SETI) has monitored the skies for alien communication for 53 years, and scientists have yet to hear a single word.

13. Talk about failure to communicate: In 1999, the $125 million Mars Climate Orbiter burned up in Martian orbit because navigation software used metric units while the thrusters were programmed to follow English measurements.

14. In case you’re thinking of signing up for Dennis Tito’s 2018 voyage to the Red Planet, better remember Biosphere 2, a prototype Martian settlement in the Arizona desert. Most of the animals went extinct, and the eight human inhabitants were nearly asphyxiated.

15. Biosphere 2 is now studied by environmental scientists to reckon why humans can’t maintain a sustainable environment on Biosphere 1, aka planet Earth.

16. One failure leads to another. The Three Mile Island nuclear power plant in Pennsylvania went into partial meltdown after someone spilled a cup of water.

17. The dumped water triggered a safety fuse, which shut down a coolant pump, causing the reactor to overheat.

18. Nobody noticed the overheating because the warning light was covered by a repair tag. D’oh!

19. The Large Hadron Collider suffered a catastrophic failure after just nine days when a solder connection melted, causing a bottle of supercooled liquid helium to explode. Fourteen months later, the LHC failed again after a bird dropped a piece of bread on some exposed electronics.

20. Scientists fretted that the repaired LHC would fail to find a Higgs boson, the missing piece in the standard model of physics. But finding a Higgs was the least of our problems. The measured value of the particle shows that the universe itself is unstable and — in perhaps a billion billion years — will fail just like everything else.