20 Things You Didn't Know About... Alcohol

You can stash it in your muscles, you can make it in your intestines, and you can find it in space 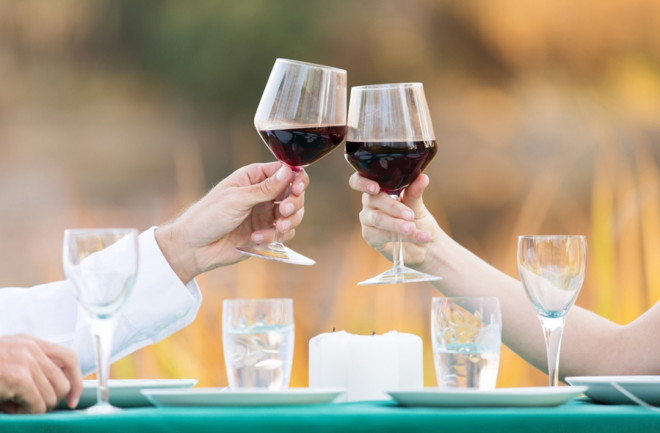 1  Sobering disclaimer: The family of compounds known as alcohols are all toxins that can kill you, whether instantly, quickly, or gradually.

2  Yet one of them—ethyl alcohol, or ethanol—is a staple of the human diet. Archaeologist Patrick McGovern speculates that fermented beverages were made as early as 100,000 years ago, when people first spread out of Africa.

3  The seeds Johnny Appleseed sold to farmers throughout Ohio and Indiana produced apples that were inedible, but perfect for making hard cider.

4  According to the Drunken Monkey Hypothesis, our zest for alcoholic beverages derives from our distant ancestors’ impulse to seek the ripest, most energy-intensive fruits.

5  Designated driver at the zoo: The Malaysian pen-tailed treeshrew routinely chugs the equivalent of nine glasses of wine a night in naturally fermented nectar, and yet it remains fully functional.

9  Seriously, officer! Japanese doctors have observed patients with “auto-brewery syndrome,” in which high levels of candida yeast in the intestines churn out so much alcohol that they can cause drunkenness.

10  No digestion required. Ethanol is such a small, simple molecule—just two carbon atoms, six hydrogens, and a spare oxygen—that it pours directly out of the stomach and small intestine into the bloodstream.

11  A lean, muscular person will be less affected by drink than someone with more body fat: Water-rich muscle tissues absorb alcohol effectively, preventing it from reaching the brain.

12  Drunkenness is considered an impairment of the neurons in your head, but Australian researchers recently reported that part of the feeling may result instead from the effect of ethanol on the brain’s immune system. The finding could lead to new treatments for alcoholism.

13  The times they are a-changin’. In 1895 Anheuser-Busch launched Malt-Nutrine, a 1.9 percent-alcohol-content beer prescribed by physicians as a tonic for pregnant women and a nutritional beverage for children.

14  Until 1916 whiskey and brandy were listed as scientifically approved medicines in the United States Pharmacopeia.

15  Drinking and driving: Surplus wine in Sweden is distilled into ethanol, mixed with gasoline, and sold to service stations.

16  Ethanol was widely used as an industrial fuel in America until a tax on alcoholic beverages, levied to help pay for the Civil War, prompted a switch to kerosene and methanol.

17  Methanol, a distillation  of wood pulp, can destroy the optic nerves. “Blind drunk” was Prohibition-era slang for damage  caused by drinking grain alcohol that had been cut with methanol by unscrupulous bootleggers.

19  Sure enough, astronomers found vast quantities of ethanol—as much as that in 400 trillion trillion beers— in G34.3, an interstellar cloud some 10,000 light-years from Earth.

20  Resolution for 2012: Don’t stare at the cork. The  carbon dioxide in champagne bottles creates 90 pounds of  pressure per square inch, three times the pressure in automobile tires. Flying corks can cause retina detachment, double vision, and blindness. Happy New Year!