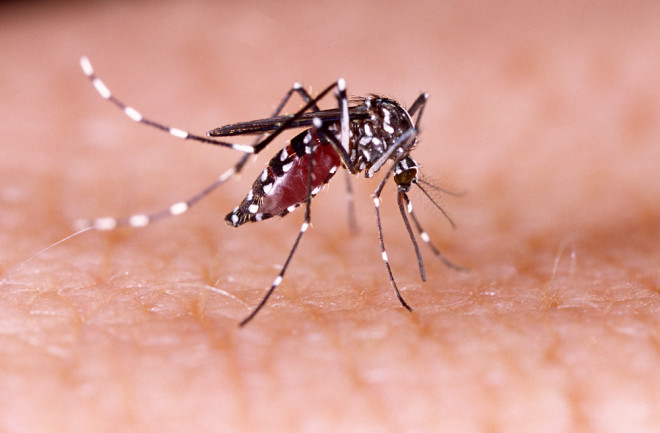 (Credit: Tacio Philip Sansonovski/Shutterstock) Scientists from the Centers for Disease Control and Prevention (CDC) are scrambling to figure out how a Utah caregiver became ill with Zika. The virus is overwhelmingly transmitted via bites from infected mosquitoes, but can also spread through sexual contact. The case in Utah seems to be the result of something completely different, however, say state officials. Scientists aren't exactly sure how the person became infected, but they working to figure what's behind this latest twist in the ongoing epidemic.

According to the Wall Street Journal, the patient was caring for their elderly father, who became infected with the virus after traveling to an area with Zika. The elderly man eventually passed away, although it isn't known how Zika factored into his death as he had other health complications as well. That man was the first person with Zika to die in the continental U.S. and his case was notable for the extremely high levels of the virus found in his blood — more than 100,000 times the level of people infected with the disease, according to the CDC. The caregiver was briefly ill, but has since recovered, authorities say, and caution that this was likely an isolated case and should not be cause for alarm. It's not known what kinds of bodily fluids the caregiver came into contact with while caring for their father, hinting that there could be a previously unknown means by which the disease spreads. Public health investigators in Utah are interviewing family members to learn more about the interactions the person had with their father while providing care.

In addition to mosquito bites, the disease can be transmitted through sexual contact, blood and urine, as well as from pregnant mothers to their fetuses. It is not known if any other bodily fluids, such as saliva, could also serve as vectors for the disease. Mosquito bites are the most common form of transmission, but the species of mosquito that carry the virus, Aedes aegypti and Aedes albopictus are not found in Utah, although they are present in neighboring states. The caregiver had not traveled to any areas with a high Zika risk either, officials say. The CDC researchers say that they are casting a wide net in their search for the method of transmission, and say that it is still too early to rule out any possibilities.

“The new case in Utah is a surprise, showing that we still have more to learn about Zika,” said Erin Staples, an epidemiologist with the CDC in Utah, in a press release.

The CDC team is testing family members and acquaintances who may have had contact with the deceased patient in order to find out if the disease spread to anyone else. They are also conducting a survey of mosquitos in the area to see if any are carrying the virus. "This is a unique situation," said CDC director Tom Frieden, speaking to the Washington Post

. He says that this is first documented instance of the disease spreading between two people without sexual contact. The CDC is also conducting genomic tests to see if this strain displays any mutations that could allow it to be transmitted differently, according to Frieden. There have been 1,306 cases of Zika reported in the U.S. as of July 13, although only two resulted in deaths, but no reported instances of transmission via mosquito bites in the U.S. as of yet — the majority of cases resulted from travelers returning from infected areas. In addition, 14 cases likely resulted from the sexual transmission of the disease and one was the result of exposure in the laboratory, says the CDC.