Your Sense of Smell Is Linked to Your Overall Health

One in four Americans over age 40 experience some degree of anosmia, or loss of smell. It can affect everything from appetite, to memory formation, to sex drive, and mental illness risk. 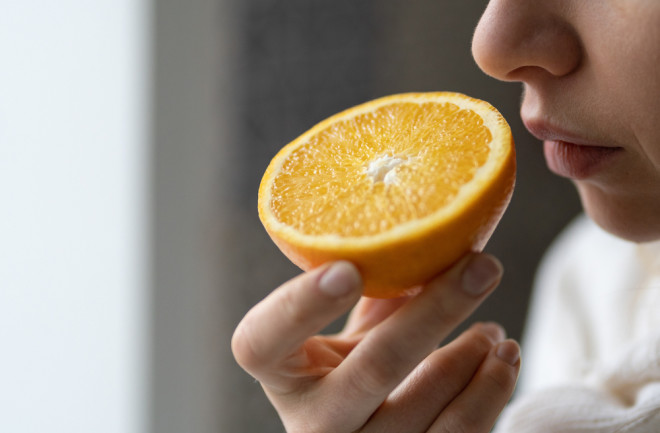 In the early days of the pandemic, one seemingly less severe, but nevertheless troubling symptom kept making headlines: anosmia, or total loss of sense of smell. However, this was somewhat of a misnomer of the symptom many COVID-19 patients were experiencing. According to several studies, the smell loss reported in conjunction with COVID-19 was more often hyposmia, or partial loss.

Many people who had purportedly mild cases of COVID often noted some level of smell loss as their only symptom. While having your food taste like cardboard for a few weeks may not sound so bad, a notable percentage of COVID patients have yet to fully recover their sense of smell, and it’s impacting their daily lives in significant ways.

”We see quite a few people with COVID with long lasting smell loss six to eight months out, and we don't know what proportion of the population will have permanent smell loss,” says Dr. Richard Doty, Director of the Smell and Taste Center at the University of Pennsylvania.

Loss of Smell and Health Impacts

Indefinitely losing your sense of smell can wreak havoc on both your long term physical and mental health. For example, since compromised smell function can also impact your ability to taste, it can cause you to over or under-eat, which can lead to a host of weight-related illnesses.

Parosmia, or distortion of smell, another olfactory-related symptom often noted by COVID-19 patients, is also a known catalyst for severe mental illnesses like depression and schizophrenia. “Nearly a third of people have some, some psychiatric sequelae relative to COVID,” says Doty.

And then there’s the safety issue. People who can’t smell properly may not know when there’s a gas leak or a fire in their house. In fact, a disproportionate number of elderly people die of accidental gas poisoning because three out of four people over age 80 have a considerable loss of smell function, according to Doty. One study found older adults with a poor sense of smell had a 46 percent higher risk of dying within a decade than those without smell loss.

Losing your sense of smell can also change your brain chemistry in such a way that can impact your rational thought, emotional processing and motor control. It plays an important role in the formation of memories and feelings of attraction because of the impact of pheromones on the brain.

“Pheromones may trigger aggression, fear, but also attraction,” says Dr. Surda Pavol, professor in the Department of Otorhinolaryngology at Guy's and St Thomas’ University Hospital in London, UK. “[So] the absence of smell and taste may lead to loss of libido and confidence.”

Other Ways You Can Lose Your Sense of Smell

COVID-19 is far from the only thing that can leave people with long-term smell loss. One in four Americans over 40 has some degree of smell loss for a number of reasons ranging from autoimmune disorders like Parkinson’s to being exposed to dangerous chemicals on the job. So this nose epidemic is not going to disappear once the pandemic fades into the background.

Other viruses, like the common cold, can even impact smell function permanently. “We often see people in their 40s who report that, yeah I had a terrible cold, I got over the cold, that was six months ago, and food just doesn't taste right,” explains Doty.

Virus-caused loss of smell tends to happen suddenly, whereas autoimmune disease or environmental toxins cause more of a gradual loss. Scientists are still unclear as to exactly how COVID-19 compromises smell function, but there is some encouraging news for long haulers who have gone from smell loss to smell distortion. That’s thought to “reflect recovery or rewiring of the olfactory sensory neurons,” according to Pavol.

There are a number of different treatments for people with partial smell loss with varying degrees of success. Nasal steroids can be helpful, as can surgery if the loss is due to a structural blockage. Total loss can be harder to recover from. Doty says patients who come to his clinic with anosmia have a little over 10 percent chance of getting back into their normal smell range.

Smell training is a therapy often touted in the nasal health world, and involves trying to stimulate the olfactory receptors with strong scents like eucalyptus, clove and even ammonia. However, it can be tedious work for the patient to take on, and doctors like Doty don’t recommend it.

Meanwhile, Dr. Daniel Coelho of the Virginia Commonwealth University School of Otolaryngology is developing a cochlear nasal implant — like a hearing aid but for the nose. Coelho’s an ear specialist and his expertise is in traditional cochlear implants. He had been working on the technology before the pandemic hit, but when loss of smell became a predominant symptom, their research kicked into high gear.

“We started realizing this technology was incredibly relevant to the research that we were doing internally developing a treatment for [smell loss],” he explains.

How you stimulate receptors in the olfactory bulb is a lot more complicated than in the ear, so Coelho’s team has been working with researchers at Massachusetts General developing detailed maps of the olfactory pathways in the brain. Another group in the UK is creating chemical sensors for the device, and yet another group is working on where and how to place it. Right now, human trials look to be three to five years away.

Doctors in the olfactory field see a silver lining in COVID-19 — it’s put a spotlight on their research that’s been long overdue. “It's never been accepted into the medical community in the same way that hearing or vision has been, partly because we don't have the equivalent of a hearing aid or glasses for people that have smell problems,” says Doty.

Someday in the not-too-distant future, that may no longer be the case.