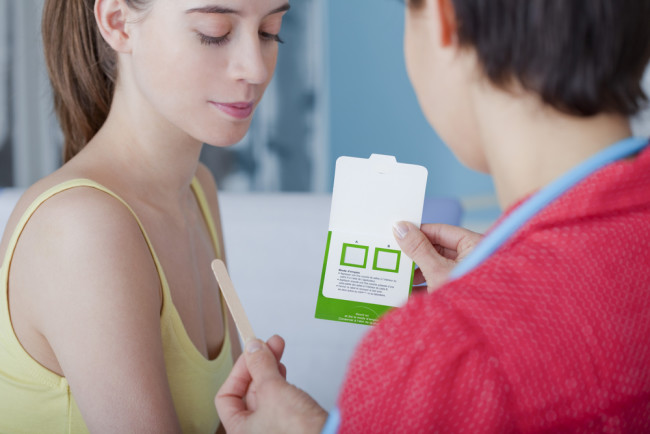 Be careful who you trust with that stool sample; it could be used to identify you. Researchers say they’ve found a way to tell people apart based on the population of bacteria in their poop. They say it works about 86 percent of the time, at least among a relatively small group of test subjects.

The human body is home to a thriving ecosystem of microorganisms called the microbiome. Bacteria and yeast live all over the skin, around the eyes, and in the nose, mouth, and intestines. In fact, the bacteria living in and on your body outnumber your cells 10 to 1, and they account for about two percent of your total body mass. Everyone’s microbiome is slightly different, made up of different proportions of species and even unique strains of certain bacteria. Researchers Eric Franzosa, Curtis Huttenhower, and their colleagues wondered if they could use those differences to identify people. To test this, they developed a way to efficiently profile a person’s metagenome, the combined genomes of all the many organisms that live in the human body.

The researchers analyzed samples from 120 people enrolled in the Human Microbiome Project, a government-sponsored consortium to study the human microbiome. Using samples of microbes from their skin, their mouths, and other parts of the body, along with stool samples, the researchers created a metagenomic profile for each volunteer. Anywhere from a month to a year later, the volunteers came back donated more samples. The researchers created a second metagenomic profile for each individual, and then they tested whether they could match the profiles across time. Using microbiome samples from the skin, mouth, and vagina, the researchers’ algorithm correctly identified about 30 percent of participants in the study. That’s not a good enough success rate for forensics, but it is enough to raise concerns about the privacy of participants in studies on the human microbiome. Those samples are connected with other personal data, such as information about age, area of residence, illnesses, and general health status. If there’s a one in three chance that a person’s microbes can identify them, microbiome databases may be more sensitive than anyone thought.

Signature in Your Stool

Microbe populations on the skin and in the mouth tend to fluctuate over time, so their genetic signatures don’t stay the same. That’s partially because the skin and mouth are exposed, so they constantly pick up new microbes from other people or from the environment. It’s also because relatively few species live in these areas, so there’s not a lot of diversity to contribute to a really unique signature. But the same isn’t true of intestinal bacteria, researchers found. They were able to match the genetic signature of gut bacteria in stool samples to their owners 86 percent of the time, even including some people who had taken antibiotics in the interim. Over 500 species of bacteria live in the large intestine, and some of them are strains which are actually unique to each person. They’re pretty isolated from the outside environment, too, which means their genetic signature is more unique and less prone to change.

It’s still not likely that your resident microbes will be able to identify you in court anytime soon. Microbial metagenomes aren’t as unique, or as stable over time, as human DNA or fingerprints. The possibilities are intriguing, however, especially as scientists learn to detect microbes in smaller and smaller numbers, to paint a more detailed picture of the microbiome. For instance, every environment, from a building to a forest, has its own microbiome. “Those areas wouldn't have their own DNA the way that a person does, but they might still have their own unique microbial codes, such that it could be possible to determine whether someone's been in a particular environment by detecting its microbial signature (even transiently) in their microbiome,” suggested Huttenhower.