Your Body Is a Planet

90% of the cells within us are not ours but microbes' 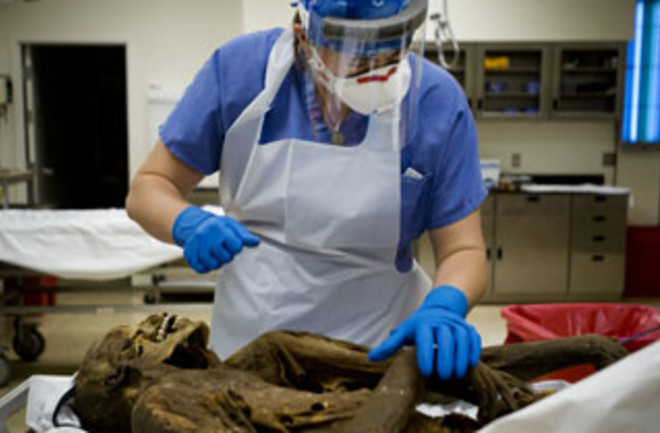 We may not realize it, but each one of us is a walking ecosystem. Minuscule, eight-legged Demodex mites nestle head down inside the follicles of the eyelashes, feasting unnoticed on skin cells. Microscopic bacteria live on the tongue, teeth, and skin and in the intestine*. Dormant viruses like herpes simplex may loiter for years inside nerve cells. Perhaps strangest of all are the self-replicating, viruslike pieces of DNA that infected ancient humans and still make up about 8 percent of our genome.

Most of the time we share our bodies harmoniously with the 90 trillion or so microbes. But sometimes the arrangement turns contentious, as when blood-sucking bedbugs, fleas, and lice invade, or when herpes simplex or human papillomaviruses cause surface membranes to erupt in nasty pustules or warts. Just taking antibiotics may disturb the ecosystem in our gut by killing not only disease-­causing organisms but also good bacteria, like Lactobacillus acidophilus.

Living with microbes demands a biological balancing act. For the most part, though, we are blissfully oblivious to the microscopic life we carry around with us. Considering what those organisms look like, that may be a good thing.

1 Athlete’s foot fungus Trichophyton and Epidermophyton are filamentous, parasitic microbes that latch onto bare feet in communal showers. These species and their relatives can creep under the toenails and invade other areas of the skin, including the scalp and genitalia, where they trigger ringworm and jock itch.

3 Firmicutes and Bacteroides At least 500 species of bacteria, weighing about 3.3 pounds, live inside the human gut. The majority are from one of two phyla, the Firmicutes and the Bacteroides. They break down carbohydrates and make essential nutrients like vitamins K and B12. They also crowd out harmful bacteria. As Cynthia Sears at Johns Hopkins Center for Global Health says, “Just by mere force of numbers, the bad bugs are beat out by the good bugs.”

courtesy of the National Cancer Institute

4 Human papillomavirusMore than 100 types of human papillomavirus (HPV) can infect humans, causing a variety of warts from the common wart to plantar and flat warts. At least 30 strains of HPV are sexually transmitted, and the CDC estimates that at least 50 percent of sexually active men and women will be infected with genital HPV at some point. Of greatest concern are HPV types 16 and 18, which can cause cancers of the cervix, penis, vagina, anus, and rectum. The new vaccine Gardasil protects against the cancers caused by both HPV types.

5 Head lice Pediculus humanus capitis (the head louse) has been around for a long time: One ancient louse egg has been found attached to a strand of hair 10,000 years old. The flat, wingless insects are tiny (between one and two millimeters long—less than a tenth of an inch), suck on human blood, and cement their eggs, or nits, to our hair.

6 Dental streptococcus If you don't brush regularly, you probably have a biofilm of bacteria 300 to 500 cells thick on the surface of your teeth. The dominant species in this dental plaque are Streptococcus sanguis and S. mutans. Even if you brush diligently, these bacteria will still be there: They arrive soon after your teeth do and stay until they fall out. The bacteria ferment sugars and secrete gluey polymers that form the basis of plaque.

7 Demodex mites A little arthropod most likely lives in the follicles of your eyelashes, eating, mating, breeding, and rarely leaving—except perhaps for a sporadic nighttime walk around your face. Demodex mites—cigar-shaped, stumpy-legged parasites about 0.3 millimeter long—infest about 20 percent of people under 20. They are more likely to infect us as we age, so nearly all elderly people carry them.

8 Shingles Once you have had chicken pox, the virus, called varicella-zoster, stays inside you forever, lying dormant in nerves near the spinal cord. Stress, aging, or a weakened immune system may reactivate the virus, which can then slink along nerve tracts, causing persistent pain and nasty skin rashes—a condition known as shingles. Research suggests that widespread vaccination against chicken pox, now common in the United States, may lead to a significant increase in shingles among the elderly.

9 Fossil viruses About 1/12 of our genome consists of stretches of DNA from viruses that infected our ancestors millions of years ago. According to epidemiologist Prescott Deininger of Tulane University, these and other parasitical, self-replicating pieces of DNA have evolved with us and can insert copies of themselves into our genome, leading to mutations that may cause new genetic diseases.

10 Staphylococcus On average, the skin supports about 1 trillion bacteria. The most common include staph, Streptococcus, and Corynebacterium, which metabolize sweat to produce body odor. Microbiologist Martin Blaser of the New York University School of Medicine sequenced the DNA of bacteria from the forearms of six people and discovered 182 separate species of bacteria. Most of those bacteria actually help to keep the skin healthy by competing with dangerous pathogens for nutrients. As Blaser explains, “I would hate to live without them.”