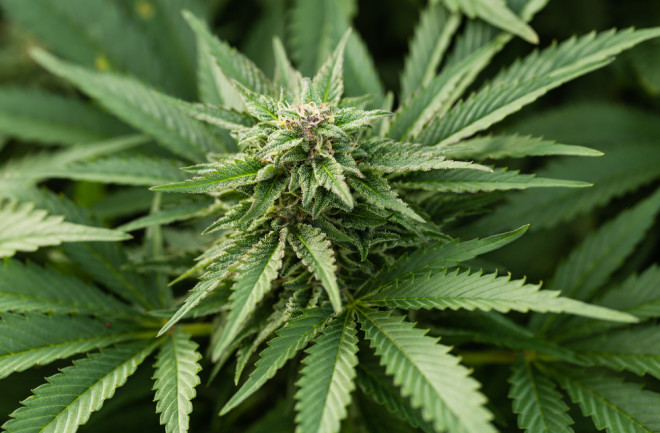 Yeast, the sugar-gobbling microorganism that’s filled our bellies with beer and bread for millennia, has a new, increasingly important, role to play in society: serving as a therapeutic drug factory.

In August, scientists announced they had genetically engineered yeast to produce the painkiller hydrocodone, and even before that breakthrough, modified yeast churned out the anti-malarial drug artemisinin.

Now, scientists have customized yeast to create THC (the marijuana chemical that produces a “high”) and cannabidiol.

Biochemists from the Technical University in Dortmund, Germany, created a genetically-engineered yeast strain to produce very small amounts of THC or cannabidiol. Unlike normal yeast, however, these custom yeast have to be fed cannabigerolic acid, which is a precursor molecule to THC and cannabidiol.

Using a molecular precursor as a starting point is a bit like reading a book from the middle chapters to its conclusion. Ideally, the entire process would start with simple sugars — or chapter 1 — rather than precursors to complete the entire chemical pathway that the marijuana plant does naturally. However, scientists believe they’ll get to that point and scale up production for industrial use in the near future, the New York Times reports.

Marijuana is chock full of molecular compounds that are fascinating to scientists. Synthetic THC is already available in pill form and it is used to ease nausea in cancer patients undergoing chemotherapy, or stimulate the appetites of people with H.I.V. or other infections. Cannabidiol, a compound that is not psychoactive, has shown potential to reduce the frequency of seizures in epileptic individuals.

Yeast factories could help scale up production of these chemicals not just for therapy, but for research too. Producing marijuana’s constituent compounds in vast quantities would give researchers a supply of marijuana’s myriad chemicals to better understand how, or if, they work as advertised.

Still, at the moment, the plant is far more efficient than the yeast — modern marijuana strains can contain more than 30 percent THC by dry weight. So there’s still a long way to go before THC-producing yeast change the landscape of cannabis research. Researchers will likely need to splice many more genes into species of yeast to complete the entire chemical reaction in a single strain. But at the rate that genetically-modified yeast research is advancing, it may not be a long wait.