Worst Science Article of the Week: The CIA Dosed a French Town With LSD! 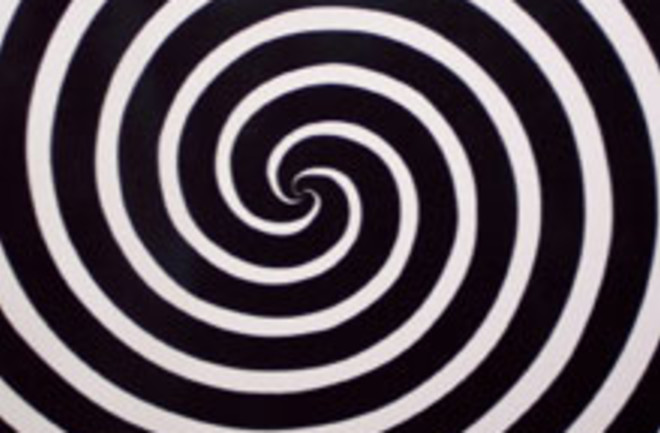 The CIA's experiments with mind-control and hallucinogenic drugs are well documented. It's hard to forget about programs like Operation Midnight Climax, in which the agency studied the effects of LSD by dosing unsuspecting clients at brothels. But did the agency go so far as to send an entire French village on an acid trip that killed a few people and institutionalized a bunch more? According to The Telegraph, the CIA did just that in 1951. For years, people familiar with "the incident of the cursed bread" (or le pain maudit) have subscribed to the theory that villagers in Saint-Pont-Esprit in Southern France suffered massive delusions because they all ate bread contaminated by ergot, a hallucinogenic fungus. After eating bread from a local baker, the villagers reported such delusions as the conviction that they were missing body parts or had animals in their stomachs. Now, The Telegraph reports that the incident was not "ergotism" caused by the fungus, as previously believed, but was actually a bad trip caused by the CIA, which had spiked the village bread with LSD, or maybe just sprayed LSD into the air. Quite a story, huh? Too bad it doesn't hold up under scrutiny. The always credulous Telegraph reports that the discovery was made by investigative journalist H. P. Albarelli Jr., who published a book on the CIA's research. Albarelli claimed the outbreak was the result of a covert experiment carried out by the CIA and the U.S. army's top secret Special Operations Division (SOD) at the height of the cold war.

Mr Albarelli came across CIA documents while investigating the suspicious suicide of Frank Olson, a biochemist working for the SOD who fell from a 13th floor window two years after the Cursed Bread incident. One note transcribes a conversation between a CIA agent and a Sandoz official who mentions the "secret of Pont-Saint-Esprit" and explains that it was not "at all" caused by mould but by diethylamide, the D in LSD.

The Telegraph's article immediately drew sharp responses from other journalists, who dismissed the report as bunkum. David Steven of The Global Dashboard points out that Albarelli’s theories were rejected out of hand by Steven Kaplan, a history professor at Cornell University and a noted bread expert who has written a book on the incident. Terming the report "incoherent and harebrained," Kaplan told France 24:

I have numerous objections to this paltry evidence against the CIA. First of all, it’s clinically incoherent: LSD takes effects in just a few hours, whereas the inhabitants showed symptoms only after 36 hours or more. Furthermore, LSD does not cause the digestive ailments or the vegetative effects described by the townspeople.… It is absurd, this idea of transmitting a very toxic drug by putting it in bread. As for pulverizing it [for ingestion through the air], that technology was not even possible at that time. Most compellingly, why would they choose the town of Pont-Saint-Esprit to conduct these tests? It was half-destroyed by the US Army during fighting with the Germans in the Second World War. It makes no sense.

The report also came under fire for not getting its science right. Derek Lowe, a chemist who has worked in several major pharmaceutical companies, points to the reporter’s assertion that the hallucinations were caused by diethylamide, the D in LSD, as incorrect. He writes:

Laughter may now commence. For the non-chemists in the audience, diethylamide isn't a separate compound; it's the name of a chemical group. And LSD isn't some sort of three-component mixture; it's the diethylamide derivative of the parent compound, lysergic acid. (I'd like to hear this guy explain to me what the "S" stands for) In short, neither the author of this new book, nor the people at the Telegraph, nor the supposed scientific "source" of this quote, knows anything about chemistry. This is like saying that the secret of TNT is a compound called "Tri". Nonsense.

More From Discover
Health
Feeling Sleepy After a Thanksgiving Meal? It Might Not Be the Turkey
Health
The Surprising History of the Bidet Started with the Wealthy and Brothels
Health
How These Top 10 Favorite Thanksgiving Dishes Impact Your Health
Health
There's a New Group of Blood Types — Here's Why it’s Important
Health
Forget A "Twindemic," Experts Anticipate A "Tripledemic" This Winter
Health
Are COVID-19 "Rebounds" Only Possible After Taking Paxlovid?
Recommendations From Our Store
My Science ShopDiscover STEM Kits
My Science ShopDiscover 2022 Calendar
My Science ShopStrange Science
My Science ShopElements Flashcards
Shop Now
Stay Curious
Join
Our List