She couldn’t catch her breath. But with COVID ruled out, an irregular heartbeat and fluid buildup in her lungs pointed to a host of other potential problems. 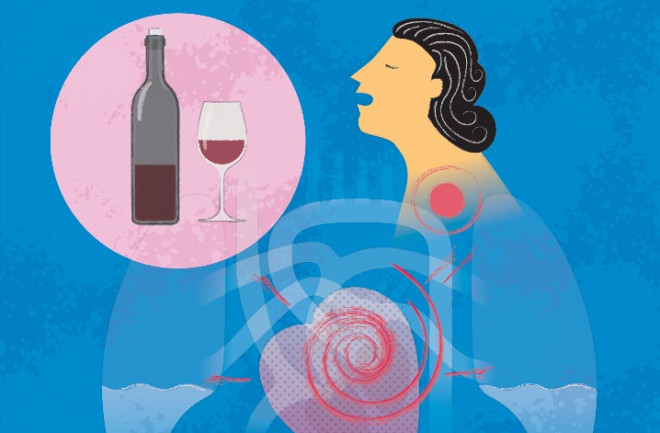 I heard a new timbre in my old friend’s voice. “So sorry to bother on a Sunday night,” Mary said over the phone. The most stoic person I know, she hesitantly described her symptoms. “I’m out of breath, I think. Worse when I walk. Tonight it got annoying.”

“Any chest pain or fever?”

I asked the now-routine COVID question: “How’s your pulse oximeter?”

A long moment later, she answered.

The next morning, I visited Mary in the ER. “They’re admitting me,” she said cheerily. The problem was fluid in her lungs, a possible sign of congestive heart failure. Even scarier was the pattern on her electrocardiogram (EKG). It traced a fast procession of mostly wide, unhealthy heartbeats. I guessed the pulse oximeter had failed to pick up the aberrant beats, hence the low pulse readout.

The ER team’s first step had been to pull fluid out of the lungs with a diuretic, a medication that alters kidney function so the body excretes more water. That was easy; the diagnosis wasn’t. The fluid buildup suggested that Mary’s heart wasn’t pumping blood as efficiently as it should. The bizarre EKG, in turn, suggested injury to the heart muscle itself, ballooning the list of diagnostic possibilities to include all sorts of microbes, toxins and autoimmune disorders.

A lawyer, Mary’s lifelong motto has always been “full disclosure.” She volunteered that during the initial pandemic lockdowns, she and her partner often shared a bottle of wine at dinner. By strict medical criteria, for women, even one beer a night is considered excessive. Alcoholic cardiomyopathy — direct injury to the heart muscle from alcohol’s toxic effects — popped up on Mary’s list of potential diagnoses, prompting every junior doctor to prove their diligence by detailing her ethanol intake.

“They’re just being thorough. Or you need better wine,” I joked. She glanced at the IV poles and monitors and shrugged. “I’ve been in worse joints. Everyone has been very nice.”

“They’ve scheduled an echocardiogram, right?” I asked, referring to an ultrasound of her heart.

“Yes. And that will show any weakness in the ventricles?”

“I’ve also realized the shortness of breath has been getting worse for months,” she mused. “Thought I was just out of shape.” My antennae went up. The heart can express its distress in multiple ways, and slowly worsening endurance and shortness of breath are two of them.

“Hmm. You’re still a bit of a mystery,” I said, weighing my words.

I phoned later that evening.

“They’re not doing anything,” she protested. “No echo till tomorrow earliest. I might as well go home.”

I choked down my own sense of urgency. Was Mary on the verge of a major heart attack? Having spoken directly to the physician in charge of Mary’s care earlier, I had done my best to navigate the fine line between meddling and advocating. Now I needed to take the other side.

“Stay put,” I urged. “Signing out would be a big mistake. Big hospitals are like battleships; they will get there eventually.”

Next day, the echocardiogram surprised everyone: It showed severe regurgitation at Mary’s mitral valve. That backwards blood flow can be seen as a color change on the Doppler mode of the echo, but it can also be heard as a loud murmur through a stethoscope.

I placed my stethoscope on the side of her chest. The whoosh startled me.

“So they tell me,” she deadpanned.

A sign of turbulent blood flow, murmurs can also characterize benign heart conditions, but new murmurs mean trouble. Mary had had a normal cardiac echo and no murmur four years earlier, when her family doctor had investigated her palpitations. But the new echocardiogram showed

that her mitral valve between the left atrium and ventricle was letting blood surge backwards into the lungs.

So much for alcoholic cardiomyopathy.

Diagnostically speaking, Mary’s murmur was a slam-dunk. More embarrassingly, everyone from intern to senior attending to cardiology consultant had documented her heart exam with a stethoscope as “normal.”

We older docs often lament the lost art of auscultation, or listening to organs in order to make a diagnosis. True, the pandemic has pulled us away from close contact with patients. But beyond that, the ER sees a constant stream of chest pain patients — three-quarters of whom have nothing wrong. And even those with more experience tend to wait for the echocardiogram as the “true” diagnosis. But while echocardiograms dazzle with their detailed images of the heart pumping in real time, some urgent conditions demand a stethoscope diagnosis. A good examiner, properly interpreting a murmur’s pitch, location and timing, can quickly tell which valve is abnormal.

Amid that haystack, picking up on murmurs can be lifesaving. A 70-year-old brought in for a fainting episode may seem all right until you hear the murmur of aortic stenosis, a narrowing of the heart’s aortic valve and a harbinger of sudden death when left untreated. Mary’s problem, mitral regurgitation, can erupt if one of the anchoring tethers of the valve leaflets suddenly pulls off a weakened ventricle, as can happen in a heart attack. Depending on the cause, it may require emergency surgery; Mary’s case certainly did.

Venous blood from the body should flow through the heart and lungs in one direction: right atrium to right ventricle to lungs, then left atrium to left ventricle and out the aorta. The heart’s four valves — two for each side — each sport cartilage leaflets that must be supple enough to open wide with forward flow, then billow closed to stop backwash. At systole, when the heart contracts, the valves at the bases of the great vessels (pulmonic and aortic) open, while those between the atria and ventricles (tricuspid and mitral) close. During diastole, or relaxation, they switch.

Toughest of the four valves is the mitral, named for its two leaflets’ resemblance to a bishop’s miter, or headdress. To direct the left ventricle’s high-velocity output into the aorta, the mitral valve must tightly seal off the left atrium. By contrast, the other three valves sport three leaflets each and face lower pressures. That means each mitral leaflet likely takes more constant pounding — in the form of the jet of blood propelled by the left ventricle — than any structure in the body.

The echocardiogram had shown that Mary’s posterior mitral leaflet had blown open. The fluid in her lungs came from blood gushing back through the valve and the left atrium.

Heart-valve remedies have come a long way since I was a wide-eyed medical student watching a surgeon lay down perfect sutures around an artificial ball-and-cage valve. Now repair, not replacement, is often possible. It carries a lower mortality rate and may spare patients from the necessity of taking lifelong anticoagulants. Even more radical, some floppy mitral valves can be clipped tighter using high-tech catheters snaked up blood vessels. This advance is particularly big for elderly patients whose odds of successful open-heart surgery aren’t good. Mary’s anterior mitral leaflet was still intact and her coronary arteries were normal, so she was a good candidate for repair. That procedure still entailed open-heart surgery, to which Mary said: “It’s fixable, they tell me. I’m lucky.”

Why, in four short years, half of her mitral valve had gone from normal to flapping in the breeze remains unclear. But more than 5 million Americans are diagnosed with valve disease every year, so it’s hardly rare.

Especially if you listen for it.