With CRISPR and Medication, Scientists Remove HIV Virus from Mice 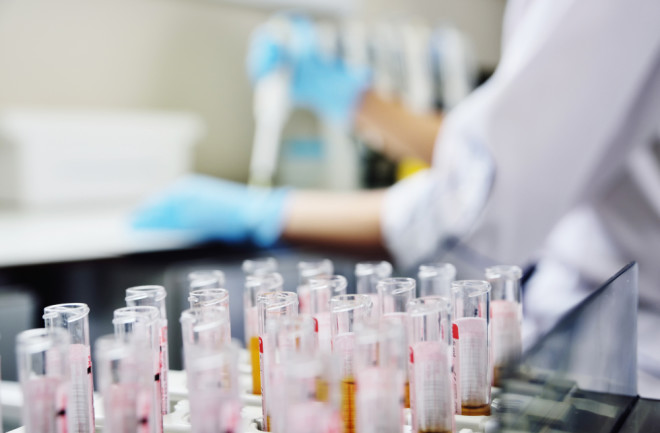 Nearly 37 million people suffer from human immune deficiency virus or HIV, the virus that causes AIDS. The go-to treatment for the infection is antiretroviral therapy, better known as ART. It can prevent the progression of the disease, enabling infected individuals to live longer, healthier lives. But even with ART, the virus still lingers in the body.

Now researchers describe a new form of ART dubbed LASER ART that, in combination with CRISPR-Cas9 gene editing, eradicated the virus from a subset of mice. The discovery points to new therapeutic avenues for HIV patients, the scientists say.

“The big message of this work is that it takes both CRISPR-Cas9 and virus suppression through a method such as LASER ART, administered together, to produce a cure for HIV infection,” Temple University virologist Kamel Khalili, who led the new research, said in a press release. “We now have a clear path to move ahead to trials in non-human primates and possibly clinical trials in human patients within the year.”

To mimic HIV infection in mice, the researchers first created what they call “humanized mice.” These mice make human immune cells – rather than mouse immune cells – that are susceptible to HIV infection. When the team infected the mice with the virus, they saw the infection take up residence in the places they expected – the lymph nodes, spleen, liver, lungs and brain.

Then the researchers tried out the new long-acting, slow effective release (LASER) ART treatment. The therapy uses retroviral nanoparticles to prevent the virus from replicating. Unlike conventional ART, which requires daily doses, the new version only requires administration once a week. The LASER ART treatment worked well, the team found. It stopped 99 percent of the virus from replicating. But as with standard ART, the new treatment cannot remove any part of the virus that has entered a patient’s DNA. So the researchers turned to technology designed for just such a purpose – CRISPR gene editing.

Khalili and colleagues combined LASER ART treatment with gene editing that cut out pieces of HIV DNA from the genomes of infected mice. The one-two punch eliminated any trace of the virus from nearly 40 percent of the mice, the team reported Tuesday in the journal Nature Communications.

“Our study shows that treatment to suppress HIV replication and gene editing therapy, when given sequentially, can eliminate HIV from cells and organs of infected animals,” said Khalili, who is eager to begin testing the therapy in other animal models.

Other researchers, however, call for more answers. Jonathan Stoye, a virologist at the Francis Crick Institute in London, who was not involved with the study, wants to know why the treatment didn’t work in more of the mice, for example. Though he acknowledged in a statement, “This is a tremendously exciting paper offering a vision of a potential path to a permanent cure to AIDS in the future.”