WiFi Giving You a Rash? Move to West Virginia. 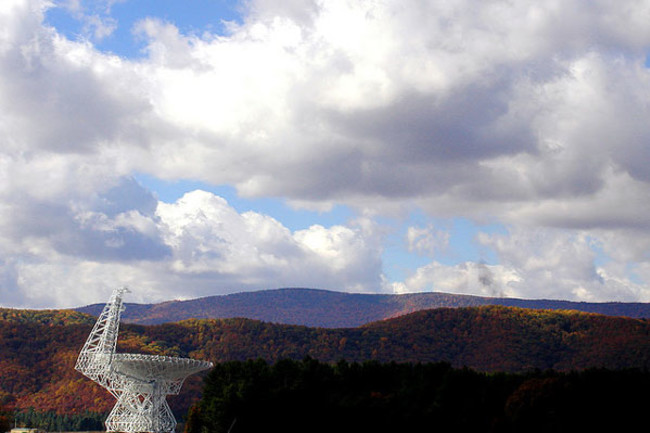 Green Bank, WV: Home to a giant telescope and a bunch of people who think they’re allergic to electromagnetic waves.

There's a quiet, hilly place in West Virginia that's home to the National Radio Astronomy Observatory, as well as radio arrays belonging to Navy intelligence and, purportedly, the NSA. And in one of those weird geographic quirks that you just can't make up, the isolated area has also attracted a band of people who are convinced that radiation from WiFi and cell phone signals, forbidden there so as not to interfere with the arrays, is giving them rashes, splitting headaches, and chronic pain that make life in the outside world unlivable. It's there, in the National Radio Quiet Zone, that these folks can find relief. You might think of them as the WiFi refugees. A whopping five percent of Americans believe they've got something called electromagnetic hypersensitivity---aka, a physical reaction to electromagnetic radiation from common devices like TV, phones, and routers. For most of us, that kind of thing falls squarely in "look at my tinfoil hat!" territory, and experiments don't support the the theory. But some of the folks' symptoms, if not the perceived cause, are at least real, according to the World Health Organization factsheet on the condition

. The tiny town of Green Bank, West Virginia, is home to several sufferers whom the BBC recently interviewed in a video

. Their stories are heartfelt, but pretty darn strange. One of them explains tearfully

that her move to the radio quiet zone means that she no longer has to live in a giant metal Faraday cage. Whoa. What with the NSA, the astronomers, and the WiFi refugees, community dinners in the quiet zone must be something else. But as Sweden is currently the only country that recognizes electromagnetic hypersensitivity as a real syndrome, West Virginia is just about the only convenient place for that five percent to camp out.