Why Spontaneous Human Combustion is Really About Human Candles 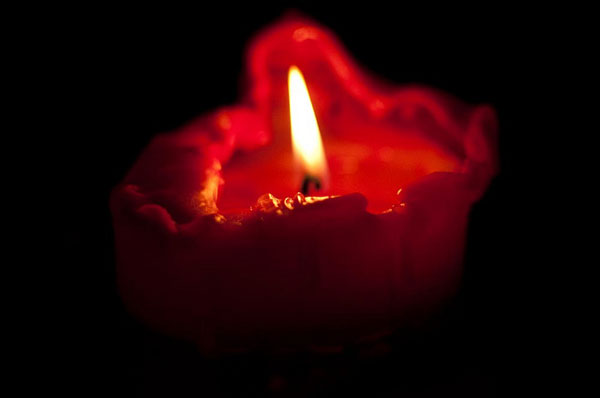 ---going up in flames with no apparent cause---many eyebrows were raised in the scientific regions of the Internet. Apparently the coroner in the case had never heard of the "wick effect," in which a flaming object like a cigarette dropped on a sleeping person can slowly melt all their (quite flammable) fat until it leaks out and saturates the body, forming, in effect, a human candle or torch. It's what forensic scientists think happens in cases of so-called "spontaneous" human combustion. Blogger Jennifer Ouellette, it turns out, is a font of knowledge on the wick effect and the various other explanations

people have come up with over the years for the gruesome discovery of a pair of legs leaning against a chair full of ash and grease. Dickens, along with the rest of the Victorians, thought it happened because of heavy drinking. But these explanations really take the cake:

A man named John Heymer wrote a book called The Entrancing Flame in 1996, in which he advanced his hypothesis that SHC victims are loners who fall into a strange kind of trance that triggers a chain reaction of “mitochrondrial explosions” by “freeing hydrogen and oxygen within the body.” That hypothesis might make sense if hydrogen and oxygen actually existed in gas form inside a mitochrondrial cell, but they don’t — and a good thing, too, otherwise the very act of inhaling could cause spontaneous ignition. Even more far-fetched is the take of a man named Larry Arnold, who thinks that occasionally human cells get hit by a mysterious particle — he calls it a “pyrotron” — that causes a nuclear chain reaction inside the body. We give Arnold points for creativity and coming with a really cool moniker for his imaginary new particle.