An epidemiologist explains the psychology behind why millions of Americans — not just "anti-vaxxers" — are hesitant to get shots. 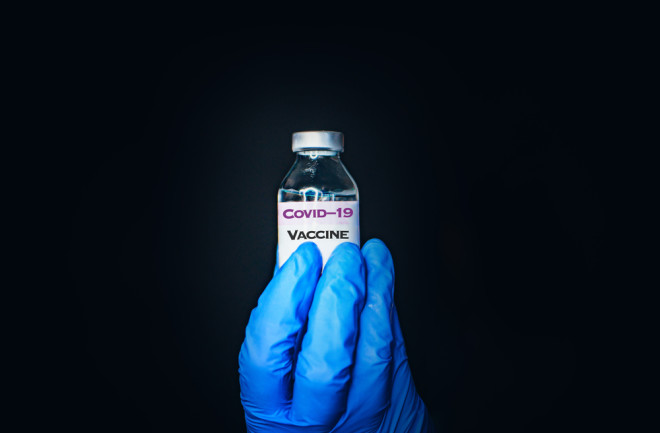 Each year, vaccines prevent an estimated 2 to 3 million deaths around the world. And as the COVID-19 pandemic rages on, experts say that the new vaccine candidates from Pfizer and Moderna could be the ticket to ending the pandemic and saving millions of lives.

The bad news? Not everyone is willing to get vaccinated. A recent Gallup poll showed that just 63 percent of Americans would be willing to receive a vaccination for COVID-19 once one is approved by the FDA — meaning that hundreds of millions of Americans will still be vulnerable to the novel coronavirus by not getting a vaccine.

Although vaccine hesitancy is in the news now thanks to COVID-19, it's actually a phenomenon that has been around for years. In the past several decades especially, vaccines have been subject to more scrutiny and less public trust, whether it's through parents who opt for “alternative” vaccine schedules, or people who refuse them outright over safety and efficacy concerns.

Vaccine acceptance involves multiple levels of trust, researchers say, both in the vaccine itself and the provider who administers it. Historically, some providers have abused that trust, particularly in communities of color.

“It makes complete sense that some people may not trust vaccines,” explains Avnika Amin, an epidemiologist at Emory University. “Communities of color have a history of not being taken seriously, of being treated like second-class citizens by the medical establishment. And because of that, they might be fundamentally less open to hearing what doctors have to say.”

One famous example of an ethical breach is the Tuskegee Syphilis Experiment, a study started in 1932 and carried out by the U.S. Public Health Service and the Tuskegee Institute. In the study, 600 black men — 399 of whom had syphilis — were given blood draws and told they were being treated for ailments related to “bad blood,” a euphemistic term for syphilis and other ailments. In reality, the participants weren't treated for syphilis at all, and the true purpose of the research was to observe what happened to people with untreated syphilis over a period of time. The study was condemned by ethicists and halted in 1972, but it is still commonly cited as a reason why communities of color distrust medical interventions — including vaccines.

Another reason for public mistrust comes from a now-discredited study published by The Lancet in 1998. Led by Andrew Wakefield, then a gastroenterologist at the Royal Free Hospital in London, the paper raised a possibility of a link between the MMR (Measles, Mumps and Ruebella) vaccine, enterocolitis (an inflammation of the digestive tract) and autism in twelve pediatric patients. Wakefield went on to give a press conference speaking out against the MMR vaccine, which fueled the widespread myth that vaccines can trigger autism and other developmental disorders. Other researchers have not been able to replicate Wakefield's results (and his original study was retracted in 2010), but researchers say that his influence is still evident, as some parents delay vaccines or refuse them altogether citing autism as a potential risk.

A Difference in Values

Events like Tuskegee and the Wakefield study have done considerable damage, but they can't account for all the reasons a person might distrust vaccines, Amin says. In her own research with vaccine hesitancy, Amin has used a psychological framework called Moral Foundations Theory to better understand why people choose not to vaccinate.

“Moral Foundations Theory was originally developed to try and explain the different attitudes on political issues, such as climate change,” Amin explains. “The idea is that we have these six innate values, or moral foundations, that on a subconscious level shape the way we take in and accept information. The more important a foundation is to you, the more likely you are to take in information when that foundation is triggered.”

An example Amin likes to use is toothpaste: If a person highly prioritizes “authority and respect,” one of the five moral foundations, they will be more likely to try a toothpaste that's recommended to them by a dentist or a health expert, rather than appeals to how the toothpaste tastes or what chemicals are inside. A person who is deeply concerned with “sanctity or purity,” on the other hand — another moral foundation — is more likely to try a toothpaste that has perceived “wholesome” or organic ingredients, as opposed to who recommends it or how it tastes.

Moral Foundations Theory can also explain why people choose to (or choose not to) vaccinate, she says. In her own research, Amin assessed the moral foundations of 1,200 parents through an online questionnaire, all of whom had at least one pre-adolescent child. They also asked the parents their thoughts on vaccines and assessed each person with different degrees of hesitancy — low, medium, and high. Amin's team found that the parents who were vaccine hesitant were twice as likely to have a high purity foundation score — in other words, they emphasized purity, a moral foundation, as being important in their decision making. Parents who were highly hesitant to vaccinate their children were also the most likely to place emphasis on the foundation of personal liberty.

How Doctors Can Respond to Vaccine Hesitancy

In the midst of a global pandemic, the idea that some people will refuse a safe and effective vaccine has provoked ire among doctors, scientists and pro-vaccine advocates. But rather than resorting to anger, Amin suggests that doctors and advocates try to appeal to people's moral foundations instead.

“The minute you start dismissing people's concerns or putting a label on someone, that provokes an understandable reaction where they may not want to listen to someone they think is judging them,” she says. “I'd say that there's a more general approach we can use, trying to figure out what matters to them. How can we convey that getting vaccinated aligns with the things that matter to them?”

Research has shown that this approach can be effective. In a 2016 study published in the Journal of Experimental Social Psychology, researchers at Oregon State University presented pro-environmental messaging about climate change in three different ways, to liberals and conservatives alike. The study showed that the conservatives, who were initially less interested in environmental issues like conservation, had a radical shift after the material was presented to them as a matter of obeying authority, defending the purity of the U.S., and demonstrating one's patriotism.

“Some people have made up their minds on vaccines, and there's nothing you can do to change that,” Amin says. “But hesitancy is a spectrum. Putting in the effort to really listen to people's concerns and respond to them in a way that affirms their moral values — it might be worth the extra effort.”