Update: OK, this commenter seems to have a pretty good answer to my question:

It’s really pretty simple. There is not a single market for law schools. The market for each applicant is made up solely of those law schools that will accept them. No one who can get into Harvard would consider going to Whittier law school, whatever the price. But for someone whose LSAT scores place him in the bottow 40% of test takers, that may be the only option. The fact that there are better schools at the same price is completely irrelevant if they won’t accept him.

Similarly, Ohio Northern University has a tuition of ~$35,000 a year. Harvard is ~$38,000. In hindsight the answer is so obvious I'm either stupid or I hadn't thought deeply about the issue. End Update After my last post on law school, one thing is nagging at me: how is it law school tuition isn't more stretched out in its distribution? Below are the top 10 and bottom 10 in law related job placement, witfh tuition:

The bottom 10 are cheaper, but not that much cheaper. How is it that Thomas Jefferson Law, an institution with a 48 percent bar passage rate, is 80% of the cost of Yale? Perhaps there are nuances I don't understand. Here's the dean of TJL in The Wall Street Journal:

"You can't measure the value of a law degree in terms of what your employment number was nine months after graduation," says Dean Rudy Hasl. A graduate who takes the California bar exam in July, he says, won't get the results until late November. Many employers won't even interview a graduate who hasn't been licensed, Mr. Hasl says, adding that he advises prospective students to consider the law degree a long-term investment.

"The law degree is something that allows you to move in so many directions," 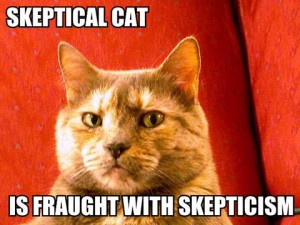 Really? So many directions? The reality is that TJL is selling a law degree, for $41,000 a year (minus cost of living, etc.). Because a TJL law degree is sold, rather than earned (granted, by jumping through the GPA/LSAT hoops), it has low signalling value. If it's a club anyone who can take out loans can buy their way into, why would you want to join?