Why Is the HPV Vaccine So Expensive?

Good for the cervix, rough on the pocketbook 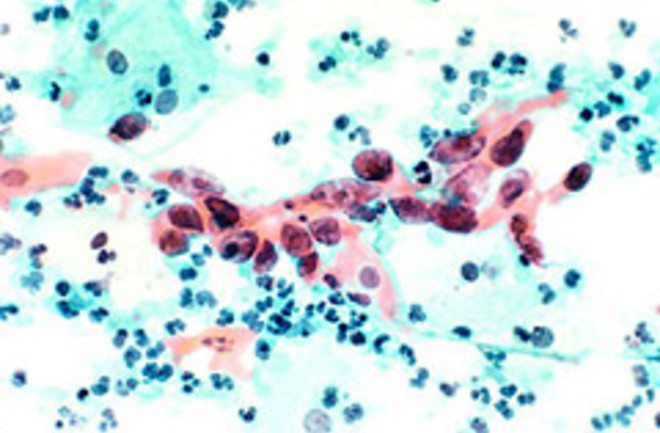 Cervical cancer under the microscope Courtesy of the National Cancer Institute

Last year the FDA approved Gardasil, a vaccine that wards off two strains of humanpapillomavirus (HPV) that cause 70 percent of all cervical cancers, and the CDCrecommended it for all young women ages 11 to 26. The vaccine promises to savehundreds of thousands of lives, but its hefty price tag—$360 for the threenecessary doses, as well as the cost of a doctor’s visit—may make it inaccessibleto many of those who need it most. Why is the HPV vaccine so expensive? Will italways be this pricey?

Gardasil took more than 20 years to develop, is complex to manufacture, and must beconstantly refrigerated, but that’s not why it’s so expensive. Instead, Merck calculated the price based on the money the vaccine will save the entire health-care system—and the CDC approved the price, as it does with other vaccines. “Webased the price on a number of factors, most importantly the value Gardasilbrings to individuals and society,” says Jennifer Allen, a spokesperson for Merck. “HPV-related diseases cost the U.S. health-caresystem about $5 billion every year, and we took that into consideration.” AlthoughMerck would not make sales projections, population data show that the vaccinewould gross more than $11 billion if all women 11 to 26 in the United States werevaccinated per the CDC recommendation.

The HPV vaccine is the most expensive routine vaccine in the U.S.; incontrast, many childhood vaccines combine several immunizations in a singleshot for $20 to $30 a dose. For about $1,200 an American child (morespecifically, her parents) can buy protection against 14 dangerous diseases,for an average of $87 per disease. In the developing world, a less-comprehensivesuite of vaccines costs just $20 to $30 thanks to discounts and internationalaid. Merck says Gardasil will be sold to the poorest nations without profit butdeclined to estimate how much it would cost.

So far, the pickup has been fast despite the price. In less than a year since FDA approval,Merck has sold more than 5 million doses of Gardasil—enough to immunize about 5percent of young women ages 11 to 26 in the United States. Tiny New Hampshire is shelling out almost $5million this year to offer the shot free to girls 11 to 18, and 24 other statesare considering making the vaccine mandatory, which suggests that 5 milliondoses is just the tip of the iceberg. Most insurance companies now cover thevaccine, but the cost of each fragile vial is so high that some doctors arereluctant to risk their own money stocking Gardasil. Both directly andindirectly, Gardasil’s high price has made it less accessible, raising thedistinct possibility that more people would get the vaccine if it were moreaffordable.

Richard Schlegel of Georgetown University—oneof the developers of Gardasil—and Bob Garcea of the University of Coloradoare working on a cheaper HPV vaccine. Gardasil induces an immune response withan empty HPV viral envelope built from repeating shapes, much like a soccerball. In experiments with dogs, Schlegel and Garcea have discovered that thesoccer ball doesn’t have to be in one piece to induce an immune response. Thebuilding blocks are simpler to make than the entire ball and can be builtcheaply in a bacterial cell, which is easier to work with than the yeast thatproduces Gardasil. Perhaps most important, Schlegel’s vaccine could be reducedto an unrefrigerated powder, making it easier to distribute in the developingworld than Gardasil.

Women and girls in India, where researchers plan to manufacture and distribute the low-cost HPV vaccine. Nearly 100,000 Indian women die of cervical cancer each year and many earn less than $360 annually.Courtesy of CDC/ Chris Zahniser

The researchers have tested the vaccine only on dogs so far, but they already have amanufacturing facility available in India and hope to start clinicaltrials this year. “It would be great if it were tenfold cheaper than Gardasil,but we really want to get it to countries that can’t even afford $36,” Schlegelsays. Garcea predicts the end cost will be less than $1 per dose but says itwill be years before they know for sure. With research funding from theNational Cancer Institute, Schlegel and Garcea plan to persuade bigpharmaceutical companies to bring the vaccine directly to women in poorcountries where Pap tests are rare and cervical cancer claims hundreds ofthousands of lives each year.

The affordable vaccine will at first protect against just a single strain of HPV that accountsfor 50 percent of cervical cancer. Once they have proven that the dried vaccineworks, Schlegel and Garcea plan to target six cancer-causing HPV strains toprotect against 90 percent of cervical cancer. The pharmaceutical companiesaren't sitting still while Schlegel's affordable version catches up. Both Merckand GlaxoSmithKline are also working on vaccines that will provide morecomprehensive HPV protection but declined to release details.