Why having too many talented players on a sports team can actually be a bad thing. 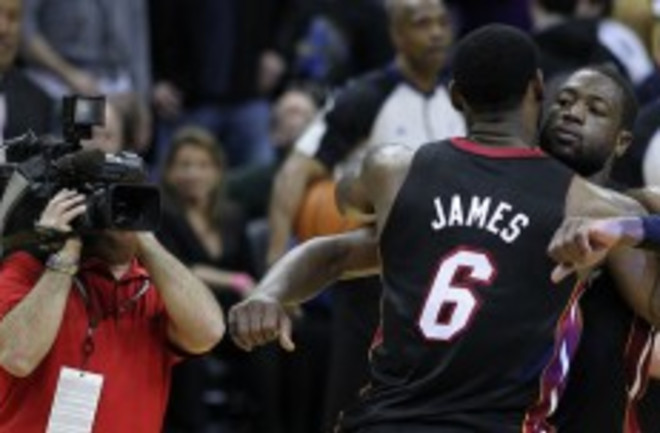 Photo: flickr/keithallisonYou'd think that putting together a sports team would be pretty straightforward: just pick the best players you can get and then hope for the best, right? Well, apparently it's a bit more complicated than that. According to this study, while adding additional talented players makes the team better up to a point, having too many talented players is actually detrimental. This is likely due to a loss of coordination and teamwork as individual "stars" try to outperform each other. As the authors put it, "Our findings reflect the disappointing fact that teams of superstars often fail to live up to expectations. Consider the disappointing performances of the French national football team in the 2010 World Cup, the Dutch national football team during the 2012 European championship, or the Miami Heat during the 2010–2011 NBA season. All these teams were brimming with individual talent. The current data suggest that selecting fewer top-talent players may produce a better team." Hmmm... perhaps this can explain Brazil's defeat to Germany yesterday?The Too-Much-Talent Effect: Team Interdependence Determines When More Talent Is Too Much or Not Enough. "Five studies examined the relationship between talent and team performance. Two survey studies found that people believe there is a linear and nearly monotonic relationship between talent and performance: Participants expected that more talent improves performance and that this relationship never turns negative. However, building off research on status conflicts, we predicted that talent facilitates performance-but only up to a point, after which the benefits of more talent decrease and eventually become detrimental as intrateam coordination suffers. We also predicted that the level of task interdependence is a key determinant of when more talent is detrimental rather than beneficial. Three archival studies revealed that the too-much-talent effect emerged when team members were interdependent (football and basketball) but not independent (baseball). Our basketball analysis also established the mediating role of team coordination. When teams need to come together, more talent can tear them apart." Related content: NCBI ROFL: Study proves hot baseball players more likely to pummel you with their balls.NCBI ROFL: How baseball outfielders determine where to run to catch fly balls.NCBI ROFL: Sport fan identification in obituaries.