Why foot-long sandwiches are a bad idea. 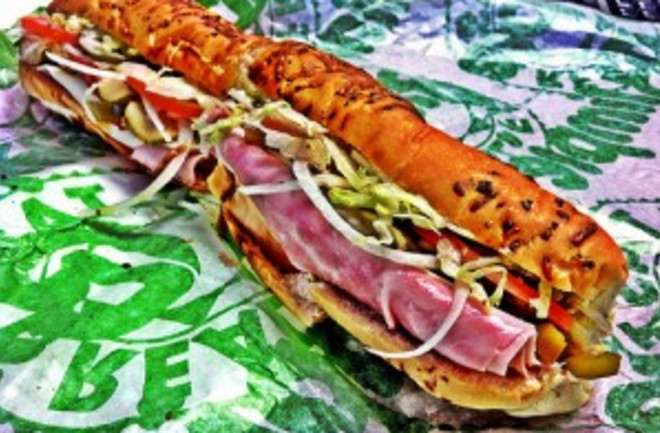 Many of us are trying to not eat ourselves to death, and we've been told that using smaller plates can help us eat less. Other research has proven that we drink more alcohol when drinking giant cocktails. But what about the size of individual snacks-- does the size of the snack unit change how much we eat? Could a larger sandwich trick you into eating more than a smaller sandwich? In this study, they had the participants eat a lunch comprised of unlimited numbers of sandwiches of a certain size and measured how many calories they ate. Turns out that yes, the participants ate more in total when eating giant sandwiches. Mmm... giant sandwiches!

Related content: NCBI ROFL: Why watching the Food Network could sabotage your diet.