Why Does Pain Hurt? Scientists Find the Neurons That Cause Our Aches 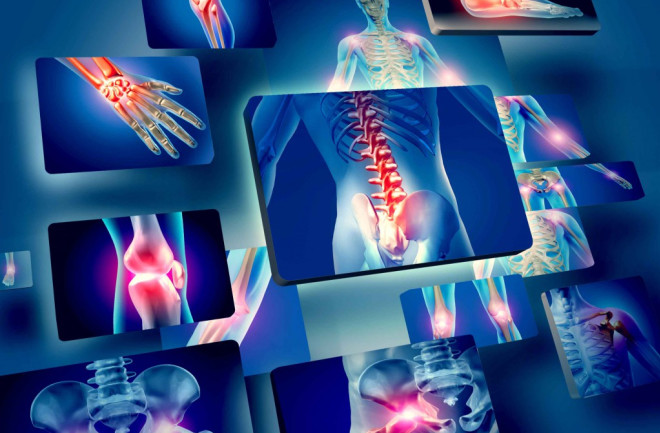 Pain can light up all regions of the body, making us feel bad. Scientists have now found the brain cells behind that agony. (Credit: Lightspring/shutterstock)

A group of researchers have found the brain cells responsible for the emotional unpleasantness of pain — well, they’ve at least found them in mice. But the results, published in Science, could help scientists develop new treatments for chronic pain if that same cluster of cells exits in humans.

“While painful stimuli are detected by nerves,” says Gregory Scherrer, one of the study’s authors, in a press release, “this information doesn’t mean anything emotionally until it reaches the brain. So we set out to find the cells in the brain that are behind the unpleasantness of pain.”

Scherrer and his team, based at Stanford University, started by zeroing in on the amygdala, a part of the brain that’s long been known to be key in regulating emotions. While exposing mice to a quick, painful stimulus — a drop of hot (but not scalding) water on one of their paws — the group, with the help of brain imaging, spotted some neurons that were more active than when the mice weren’t dealing with any painful stimuli.

“But that really only tells you that those neurons were active at some point, and it’s not specific enough,” says Scherrer. “What we wanted was to look at the neurons of freely moving animals.”

So they mounted a so-called miniscope, about the length of a paperclip, onto the rodents’ heads. With these mobile microscopes tracking brain activity, the mice were free to wander their cages and encounter painful stimuli on their own. These stimuli included both uncomfortably hot and cold drops of water, neither of which were extreme enough in temperature to actually hurt the mice. When the critters came into contact with the drops, they withdrew. And the neurons the researchers had flagged earlier? They lit up again — a more concrete clue that pointed to these brain cells as the ones responsible for the unpleasantness the brain associates with pain.

Teasing Out the Emotions of Pain

To make sure this brain activity was actually linked to the negative emotions of pain and not just emotions in general, Scherrer and his team drilled down even more. This time, they gave the mice a sweet treat: sugar water. If those same neurons that lit up when the mice touched the hot and cold drops also lit up while the rodents were slurping away, then the team would know they were off-track. But the miniscopes showed nothing.

“After all of that, we concluded that this ensemble of neurons selectively responds during pain” Scherrer says. “But it still didn’t fully demonstrate that they underpinned the emotional response.”

One last test would help him and his team tie that emotional response to the neurons. They set up a surface divvied up into three invisible sections for the mice. One was uncomfortably hot, another uncomfortably cold and the last was a normal temperature. They let two different groups of mice explore this surface. One group was just a regular control group, but in the second group of mice, the scientists had muted the response of the amygdala neurons they’d flagged in previous portions of the study.

The control mice quickly realized which lane was a comfortable temperature and stuck to it. But the mice with the altered amygdalae, though they still reacted to the hot and cold lanes by pulling their paws away, quickly adjusted and walked about all of the lanes without preference. “Pain was just no longer unpleasant for them,” Scherrer says.

And this distinction is an important one. If researchers can find this same cluster of cells in humans, it could help unlock new treatments for people suffering from chronic pain. “There’s really no good treatment for chronic pain in humans,” Scherrer says. “And that’s a major driver of the opioid epidemic. But you’ll notice, patients who take opioids for pain report that they can still feel the sensation of pain but say it’s less bothersome. The emotions of pain are different.”