Why Did the Children of Samurai Have Lead Poisoning? 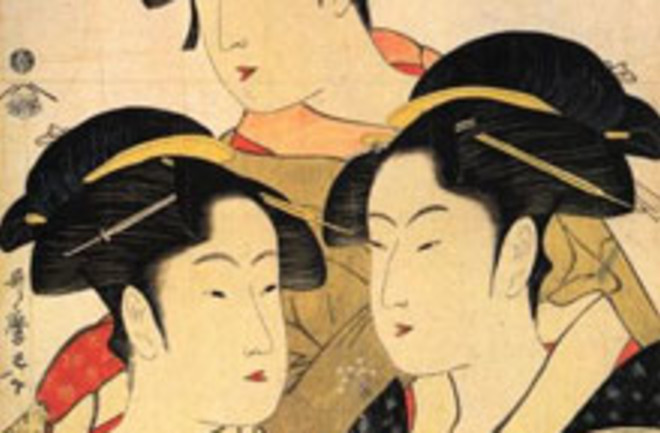 Being in the upper crust of Japanese society during the Edo Period may have come with a serious drawback--a new analysis of the remains of samurai warriors and their wives and children suggests that many of the kids had lead poisoning. The suspected culprit: the make-up that mothers wore. In the Edo Period, which lasted from 1603 to 1868, the military nobles known as samurai protected castle towns like Kokura, where this study was carried out. Researcher Tamiji Nakashima delved into a graveyard where samurai and their families were buried in large clay pots, and examined the remains of 70 people. The study, which will be published in a forthcoming issue of the Journal of Archaeological Science, showed that adult women had more lead in their bones than adult men, but the kids were in the worst trouble. LiveScience reports:

[The researchers found] kids with enough lead in their systems to cause severe intellectual impairment. Children under age 3 were the worst off, with a median level of 1,241 micrograms of lead per gram of dry bone. That's more than 120 times the level thought to cause neurological and behavioral problems today andas much as 50 times higher than levels the team found in samurai adults. Older kids' levels were lower, but still very high.

The researchers say that lead-based white face powder was in vogue at the time, as it was used by geisha and Kabuki actors. But although the study suggests that elite children of the era had serious developmental difficulties, those in the lower classes probably escaped that particular fate. Nakashima told LiveScience

that people from farming and fishing families were forbidden from using luxurious cosmetics, and were thus spared the luxury of lead poisoning. Related Content: 80beats: Did the Lead in His Paints Kill the Baroque Artist Caravaggio?

Discoblog: NCBI ROFL: The history of poisoning in the future: lessons from Star Trek.