From habits to genetics, several factors determine how caffeine affects you. 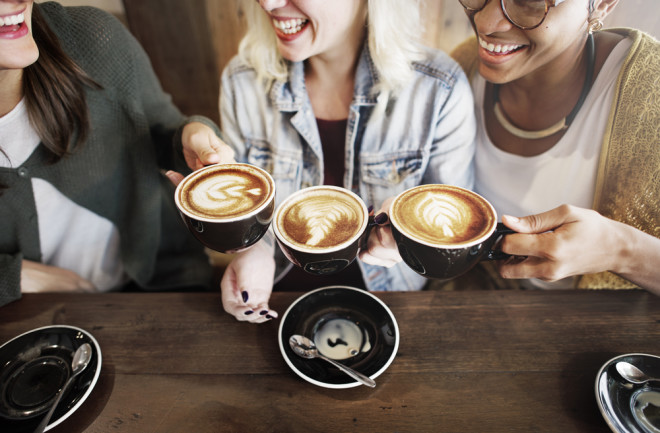 Caffeine, found in many products like coffee, energy drinks, soda, teas and chocolate, is the most commonly consumed stimulant worldwide. An estimated 85% of Americans drink at least one caffeinated beverage daily, with each person consuming an average of 165 mg of caffeine per day — equivalent to about one and a half cups of coffee.

For some, this amount is not enough to stay alert throughout the day, but could turn others into a jittering mess. So how does caffeine affect the body, and why might people react differently to its stimulatory effects?

How Caffeine Affects the Body

While proven safe in reasonably large doses, caffeine is a drug — a substance that changes the body’s mental or physical state. And accomplished caffeine physiologist Astrid Nehlig, Ph.D., Emeritus Research director at the French Institute of Health and Medical Research, explains how it exerts its widely coveted effects.

“Caffeine’s first target in the body is the brain,” says Nehlig. “When an individual drinks caffeine in any form, it spreads rapidly throughout the body, with the first traces of caffeine reaching the brain within two to five minutes and levels peaking between 45 and 90 minutes after exposure.”

Once in the brain, caffeine alters the brain circuitry for sleep and wake patterns, and can trigger the wakefulness and alertness many seek.

In this circuit, specific brain cells, or neurons, detect a molecule called adenosine, which accumulates throughout the day as we expend energy. Adenosine binds to specialized A1 and A2A type receptors on these neurons, which slows their activity, increases overall drowsiness and allows us to sleep.

Conversely, adenosine depletes during sleep, which removes its inhibitory effects and helps us wake up feeling well-rested. But adenosine may linger during groggy mornings or build up again during afternoon slumps — when many turn to their favorite brain stimulant.

Caffeine is chemically similar to adenosine and even binds to the same receptors in this sleep-wake brain circuit. But instead of triggering drowsiness, caffeine blocks adenosine from binding and leaves the cells in a more active and wakeful state.

This interaction also triggers adrenaline production, sending the body into a heightened “fight or flight” state. With this comes the exhilaration and energy rush one may feel after chugging a caffeinated beverage. Caffeine’s action on adenosine receptors can make the brain more responsive to dopamine — the “feel good” hormone, which lifts a person’s mood.

But strangely, while caffeine activates the same brain pathways, the intensity of its effects can vary widely among individuals. Some might also experience less desirable effects like anxiety and insomnia from relatively small amounts.

So what defines our physiological reaction to caffeine? Our intake habits and genetic makeup seem to be the most influential factors.

As with other drugs, the body can develop a tolerance to caffeine with repeated use. This means the body adapts to regularly-consumed amounts and needs increasingly more to achieve the same effects over time.

Because caffeine occupies and blocks adenosine from binding to its receptors, the brain produces more receptors as a counter-response. And once a person has more adenosine receptors to fill, they need more caffeine to achieve the same desired benefits.

Surprisingly, at least partial caffeine tolerance can develop within a couple of weeks of regular consumption for its physical and cognitive benefits.

But caffeine adaptation isn’t limited to the brain, and regular consumers can also become more efficient at clearing caffeine from their system through the liver.

Habitual caffeine intake can increase the activity of the liver enzyme responsible for its breakdown and removal, called CYP1A2. This reduces the duration of caffeine’s stimulatory activity, causing those with enhanced caffeine metabolism to tolerate and require larger amounts of caffeine over time.

One study suggests that this adaptive process requires heavy caffeine consumption. Only those who regularly drank three or more cups of coffee per day displayed boosted caffeine-metabolizing activity.

In addition to coffee-drinking habits, your body’s response to caffeine is also written in your DNA.

Humans are 99.9% identical in genetic makeup, but variations in just 0.1% of our genetic code account for the differences between any two individuals. These genetic variations — called polymorphisms, or “many forms” — are responsible for unique traits like eye color, blood type, disease susceptibility and even the physiological effects of caffeine.

Like habit-controlled changes, genetic variation in adenosine receptors can also impact caffeine signaling in the brain. These variations can alter their function, in turn, a person’s sensitivity to caffeine’s effects — leaving some either highly resistant or sensitive. Some hypersensitive people even develop intense anxiety symptoms from relatively low amounts.

And as Nehlig explains, these genetic variations may also impact sleep patterns, making some “very sensitive to the effects of caffeine on sleep, usually preventing them from drinking any coffee, especially in the late afternoon. On the contrary, others with a different expression of the A2A gene can drink a cup of coffee in the evening without affecting their sleep.”

“Individuals who are fast metabolizers will need to drink more cups of coffee over the day to achieve an active level in their blood, while slow metabolizers are more limited in the quantity they can drink without experiencing unpleasant side effects,” Nehlig says.

One adverse effect of this slow metabolizing polymorphism is an increased risk of nonfatal heart attacks with regular caffeine consumption.

So, is your relationship with caffeine one of love or hate? The answer may depend on our genes, routines or something else entirely, as we still have much more to learn about what makes us unique.