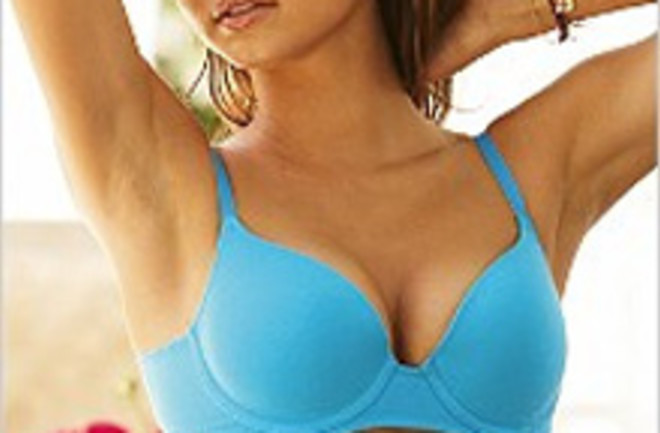 In a new class action lawsuit, dozens of women are claiming that Victoria's Secret bras have given them painful, unsightly rashes. One of the plaintiffs, Roberta Ritter of Ohio, says the company’s “Angels Secret Embrace” and “Very Sexy Extreme Me Push-Up” bras gave her persistent itchy rashes that caused severe discomfort. When Ritter’s lawyers purchased the same bra types and sent them to a lab, she claims, they tested positive for formaldehyde.

Formaldehyde is considered a probable human carcinogen by the EPA and is also a known allergen. Though people often associate the chemical with embalmed specimens in jars, it is actually found in many everyday products.

Rashes caused by formaldehyde in clothing usually occur in high friction areas like the inner thighs (“trouser dermatitis”) and could very likely appear underneath the tight underwire of bras. Formaldehyde allergies can be confirmed by a patch test. Elliott says the chemical is usually removed from clothing after a few washings

Granted, there are other ways bras could cause a rash, from underwire irritation to a condition known as Rubber Accelerator Bleach Syndrome, suggests Elliot. Rubber accelerators are chemicals used in the manufacturing of rubber, and many people, such as surgeons and nurses who wear rubber gloves, can develop an allergy from frequent exposure. Washing the rubber products only makes the reaction worse: “If you wash rubber-containing things with any kind of bleach, you change the component of the rubber,” says Elliott. “Folks can use the underwear fine at first, and then they wash it and the chemical change happens.”

Despite the complaints and threatened legal action, Victoria's Secret is still keeping the bras on its shelves. Maybe they’ll finally start paying attention after Heidi Klum gets a rash—or maybe they’ll just airbrush it out.