Who would abort a defective fetus?

A few weeks ago I had a post up, Down syndrome and abortion rates. Today I noticed a variable in the GSS, GENEABRT, which gives responses to the following question: 1567. Suppose a test shows the baby has a serious genetic defect. Would you (yourself want to/ want your partner to) have an abortion if a test shows the baby has a serious genetic defect? I decided to check the responses for different demographics of course. The table are below the fold, but there seems to be a trend with people with more education, less religion and more liberalism being more prone to being inclined to abort a "defective" fetus. Note though that the responses don't exhibit a disjoint distribution; many in each demographic category express the alternative views. I was surprised to note that there wasn't a stronger trend on WORDSUM, but I think attitudes are a probably a function of social milieu and not some "rational " calculation. Please note again, there is basically no sex difference on the attitudes toward this topic. One interesting thing I've noticed about the abortion issue is that both the abortion rights and anti-abortion rights sides try and make this into a gender battle.^1 But though I've seen a little difference in intensity, I haven't seen any abortion related question where men and women differ significantly (the only caveat is there is sometimes a bit of difference when you limit to graduate degree holders, as women in this category tend to be stronger supporters of abortion rights; so the "gender battle" narrative might just draw from the fact that the chattering classes are elites and they're the only ones who count to themselves). 1 - Those of you who are on the abortion rights side might be well versed in the argument that anti-abortion rights males are attempting to control the bodies of women, etc. But I recently heard Richard Land of the Southern Baptist Ethics & Religious Liberty Commission make the claim that the biggest supporters of abortion are men, who wish to engage in consequence free sex. Either of these arguments may be true, and intuitively there's certainly plausibility from where you stand, but the survey data don't show a big difference in attitudes toward abortion in the general population. 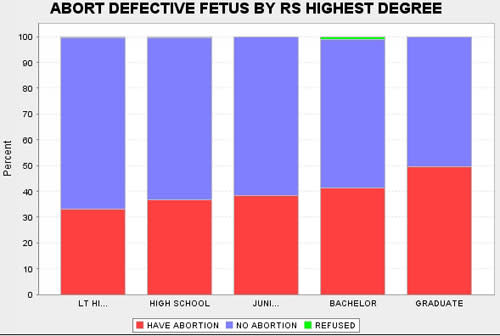 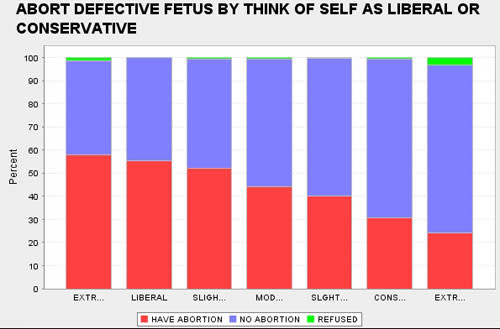 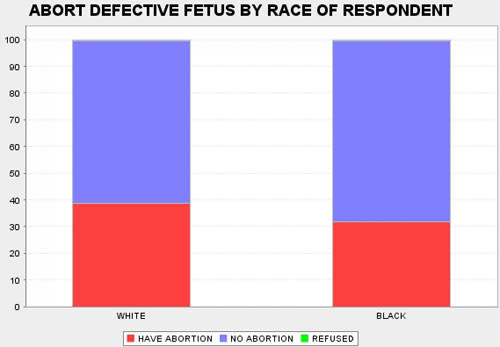 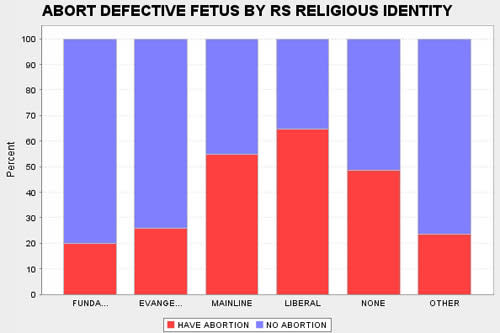 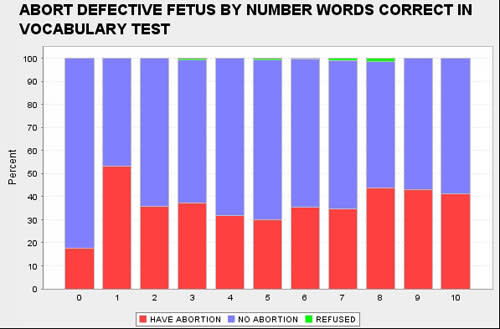