I was looking at poll results for Genetically Modified Organisms (GMO). Internationally the results are all over the place, but within nations the data suggest a pretty strong notional resistance to "playing God," with a rank order of aversion spanning plants (least averse) to humans (most averse). There is some mild positive correlation between education and trust/acceptance of GMOs, and also some between irreligion and attitudes towards cloning and such for animals. The The Pew Initiative On Food And Biotechnology has some good data. For example:

Note that though the less religious are more comfortable they are mostly still uncomfortable. Additionally, there seems to be a consistent pattern where women are more suspicious of GMOs than men: 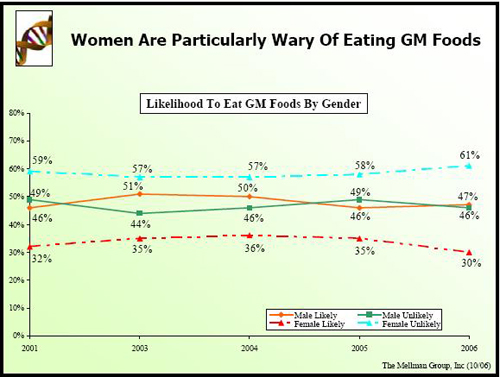 But it gets far more interesting when you look at international data. Check out this figure from Public Attitudes towards Agricultural Biotechnology: 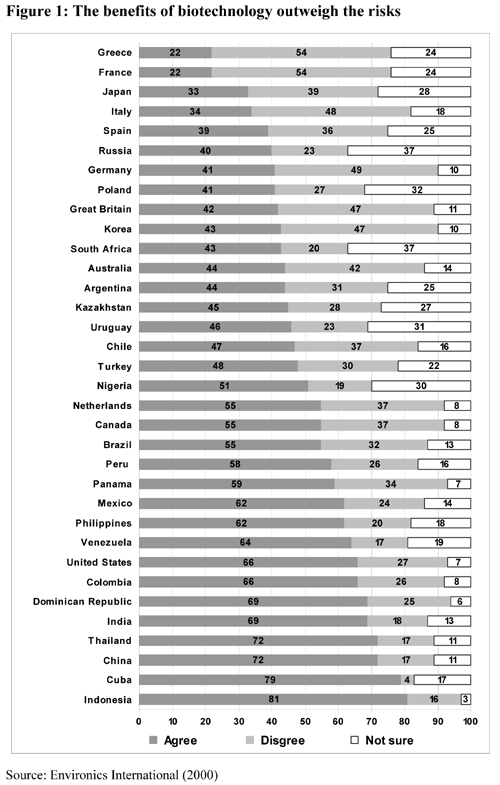 Below is a chart I made that illustrates the attitude toward the benefits of GMO as it relates to per capita wealth. It seems to me that the very poor are just happy to eat, but as they attain a minimum level of nutritional subsistence traditionalist impulses are given more free reign. Then, as the nations become far wealthier and cultural conservatism is a weaker force attitudes toward change are more subject to fads & fashions, and ultimately discretionary. 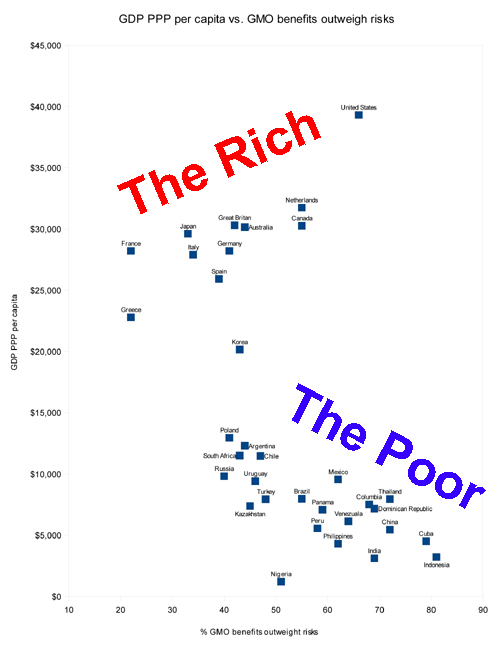