Where Chiropractic Care Came From — and What It Can Do

Does chiropractic care work? The field has come a long way since its start nearly 130 years ago. 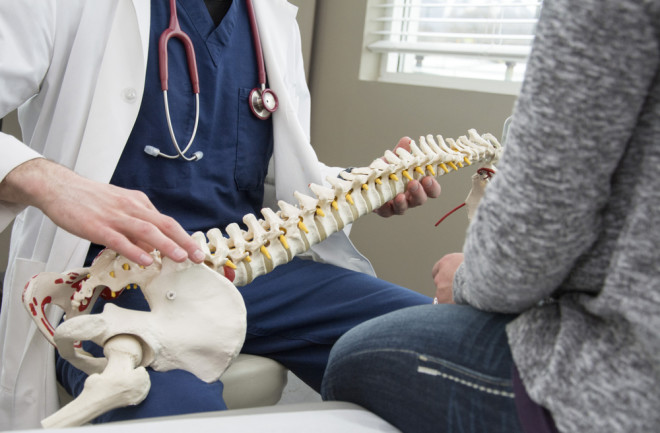 If you’re dealing with back pain, maybe you’ve considered seeing a chiropractor. These medical practitioners are probably most known for “cracking backs” — that is, putting targeted, controlled pressure on different parts of the spine to relieve aches. Adjustments for back, neck and other skeletal or muscle pains are the main reasons most people see a chiropractor, says Iben Axén, a chiropractor and manual therapy researcher at the Karolinska Institute in Sweden. “It’s an option for people with musculoskeletal pain — that’s our area of competence.”

Of course, the back-cracking image people might hold in their minds is an oversimplification of the profession. Chiropractors might offer other kinds of aid, like massage treatments or nutritional advice, as a way to address the range of factors that might contribute to someone’s aches and pains.

Regulatory boards in each state license chiropractors, who hold a doctor of chiropractic degree from an accredited program that typically lasts four years. Medicare and medical packages for U.S. veterans cover chiropractic services, particularly for back and neck issues. And while a majority of the profession agrees on what services practitioners can and can’t provide, some might tout benefits that aren’t scientifically supported.

The origin story of chiropractic care states that in 1895, Daniel David Palmer pushed on the vertebra of a deaf janitor in Davenport, Iowa, and restored the individual’s hearing. Two years later, Palmer founded his namesake Palmer College of Chiropractic and began teaching manipulation techniques to students who would eventually spread the practice around the world.

Palmer’s techniques and beliefs drew on two practices embedded in 19th-century life. The first was bonesetting — putting broken bones together so they could heal properly. Like midwives, bonesetters belonged to their own class of specific caretakers. Many also fixed subluxations, or dislocated joints, by pushing bone junctions back into position.

Palmer merged subluxations with magnetic healing, a treatment concept developed a century earlier. Believers thought that waves of a fluid called “animal gravity” moved through the human body, and that when the intangible force was blocked, people fell ill. To remove the clogs, magnetic healers would sweep their hands in front of patients and restore health. Palmer was a magnetizing healer before developing chiropractic care.

When Palmer debuted his own treatment regiment, he adapted the popular animal gravity theory by renaming it “innate intelligence,” a kind of physical and spiritual force, emanating from the spinal cord, that governs bodily functions. Misaligned vertebrae, he reasoned, caused problems by interfering with the energy stemming from underlying neural tissue. Per Palmer’s theory, chiropractors restored health by identifying and fixing the spinal subluxations.

Nearly any ailment could be addressed by these adjustments, according to Palmer and his immediate relatives, who also became chiropractors. As Ted Kaptchuk and David Eisenberg, medical researchers with Harvard University, put it while describing chiropractic care's origins: “For the Palmers, mastery over the spine meant mastery over nearly all disease. They believed that chiropractic was not the best response; it was the only response.”

From some of the very first students Palmer taught, people broke with the founder’s beliefs and called for different treatment approaches. “Innate intelligence” lost followers fairly quickly, Kaptchuk and Eisenberg write. “Many of [Palmer’s] first disciples, destined themselves to be influential teachers of chiropractic, never adopted it. The list of those who reject the innate as 'religious baggage' reads like an honor roll of chiropractic's history.” What qualifies as a subluxation shifted, too. Palmer labeled the issue as a bone out of place — other chiropractors now might apply the term to a vertebral joint with a reduced range of motion.

When Axén was in chiropractic school, the Palmer beliefs were presented as a kind of history lesson, she says. Today, evidence-based care is what the majority of the profession focuses on. For example, in 2010, a team of researchers assessed what several studies had to say about lower back pain, one of the main complaints a chiropractic patient might have. The studies the researchers examined included a broader definition of chiropractic care — not just spinal adjustments, but massage, exercise programs, nutrition education and more.

Compared to other pain intervention methods, these blended care options, the authors found, provided short- and mid-term pain and disability relief for recipients that was comparable to the effects other pain management options provided, like massage, exercises and ice pack treatments. Since then, other individual studies have found that adding on chiropractic services, which includes adjustments and “rehabilitative exercise, cryotherapy, [and] superficial heat,” to typical medical care can improve patient satisfaction and reduce pain within a six- to 12-week period.

There are a handful of other physical issues that some chiropractors or their patients think spinal adjustments might address. But science doesn’t support the idea that chiropractic adjustments fix or alleviate problems like baby colic, childhood asthma, high blood pressure, migraines or period cramps.

In 2019, 50 chiropractors, including Axén, dove into the research and found no evidence that chiropractic adjustments resolve any of those five issues. Granted, someone might leave a chiropractor appointment feeling like, for example, their breathing has gotten easier — that’s a genuine patient sensation and should be acknowledged, Axén says. But that doesn’t mean the spinal adjustment lessened the symptoms. There’s likely another cause working in the background to explain the change. “The human mind will always try to connect the dots,” Axén says.

Axén and her co-authors point out that reviews of the research should happen every couple of years as a way to make sure people practicing chiropractic care are up-to-date on the science. That may happen as researchers learn more about the potential benefits: Results from a pilot study published in late 2020 suggest it’s worth doing more research into the merits of combining traditional medical care with chiropractic care for migraines.