When Nausea During Pregnancy Is Life-Threatening 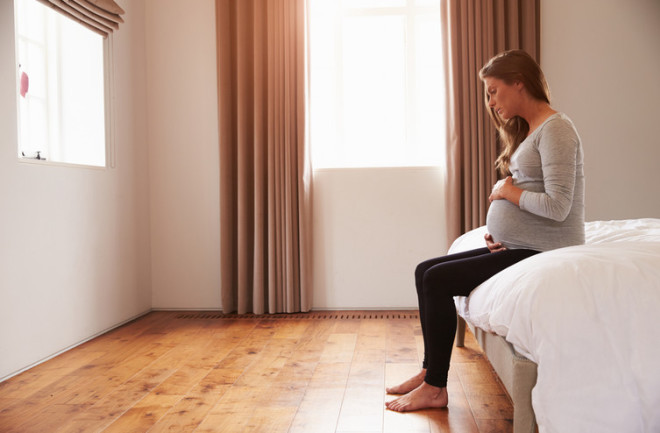 Most women experience some type of morning sickness during pregnancy, but some women develop a far more serious condition.

Hyperemesis gravidarum (HG), which causes severe nausea and vomiting during pregnancy, affects as many as 3 percent of pregnancies, leading to over 167,000 emergency department visits each year in the U.S.

Until intravenous hydration was introduced in the 1950s, it was the leading cause of maternal death. Now, it is the second leading cause, after preterm labor, of hospitalization during pregnancy.

And yet, the disease is neither well-understood nor well-known, even with the flurry of headlines when it was announced that the Duchess of Cambridge during her pregnancies suffered from the condition.

I decided to start researching HG in 1999 after losing a baby at 15 weeks of gestation due to constant violent vomiting. I found that there was surprisingly little research on this disease.

To date, I’ve been contacted by over 4,400 pregnant women worldwide and have collected extensive survey data and saliva samples from women with HG and their unaffected friends. Analysis of these data has enabled me to answer some of the most pressing questions about the disease.

Is This Different From Morning Sickness?

Even though HG is prevalent, many women don’t know about it until they experience it themselves. Symptoms can include extreme nausea and vomiting, as well as rapid weight loss, dehydration, electrolyte imbalance, dizziness and excessive saliva. Some women may start to vomit blood or bile and may require intravenous fluids and medication.

Some of the women I have encountered in my research on HG experience vomiting so violent that their retinas have detached, their ribs have fractured, their eardrums have burst, their esophagi have torn, their fingernails have fallen off and in rare cases, they can suffer from brain damage from malnutrition.

The old wives’ tale that the baby gets everything it needs from the mother even if she is unable to eat or drink or take vitamins is false.

Population studies of neural tube defects and animal studies, as well as studies of human offspring born during famine, in addition to those exposed to HG, now prove that malnutrition in early pregnancy can be linked to long-term health consequences in the exposed fetus.

Children exposed to HG in utero have a three-fold increased risk of neurodevelopmental delay. Research shows early symptoms of HG were linked to delay, which suggests early vitamin and nutrient deficiencies may be at play.

For women with HG there is a four-fold increased risk of adverse outcomes, such as preterm birth, and a 3.6-fold increased lifetime risk of emotional disorders, such as depression and anxiety.

The effects of HG can last long after birth. In one survey we found a significant increased risk of chronic postpartum symptoms in women with HG including reflux, anxiety, depression, insomnia, fatigue and muscle pain, and 18 percent experienced the full criteria of post-traumatic stress symptoms.

In a survey of over 800 women with HG, more than one in seven women with HG decided to terminate the pregnancy, primarily because they had no hope for relief from the condition.

How Is HG Treated?

Accurate data about what drugs can treat HG effectively and safely are hard to come by. This is due, in part, to the thalidomide disaster of the 1950s, when the drug was prescribed to women with HG to relieve symptoms of nausea and babies were born with limb deformities. This led to difficulty in developing and testing medications on pregnant women.

So what do the limited available data say? A study I conducted with colleagues found that antihistamine use to treat HG has been linked to preterm birth. We also found that Ondansetron (Zofran) is effective in treating HG symptoms for more than 50 percent of the women in our studies. We have also found that potentially serious side effects in women taking the drug, such as intestinal obstructions, are rare. In recent research, we found no evidence to support a link between ondansetron and birth defects.

But we do know this: Women with HG who are losing weight in pregnancy, and are unable to tolerate food or vitamins for more than a week, should be treated not only with fluids but also with thiamin to avoid the rare but preventable progression to WE, as well as maternal or fetal death.

Caretakers, family members and patients themselves may lean toward termination of a wanted pregnancy rather than try a medication of unknown safety. So for women with HG, seeking treatment can be a fraught experience.

A centralized, national database to document cases of HG, treatments and medications and their effectiveness, and maternal and child outcomes could help us figure out which medications are safe and effective in treating HG. This would increase patient and provider confidence about using treatments during pregnancy. It would also reduce the risk of malpractice or class action suits, which make drug companies and doctors hesitant to test and prescribe new treatments.

We Need to Know What Causes HG

Years of research, primarily focusing on hormones, have failed to identify what causes HG, and consequently, a clinically proven safe and effective treatment has yet to be found.

Increasing evidence suggests a genetic component to HG. If a woman has HG during one pregnancy there is about an 80 percent risk of recurrence in a subsequent pregnancy. The risk of recurrence is not affected by change in partner or psychiatric factors. The greatest risk factor for HG (besides having a previous HG pregnancy) is having a sister with HG, which constitutes a 17-fold increased risk.

A common misconception is that if a woman is the only one in her family with HG, it is not genetic. However, our research suggests the gene or genes responsible are equally likely to be passed from the paternal line as the maternal line. In a recent study of five families with a history of HG, we found a gene that signals vomiting in two of them. In addition, HG may be caused by a combination of several genes. A woman with HG may be the only one in her family with a pregnancy history that carries a particular combination of predisposing genes.

Once we identify the genetic and associated biological causes of HG, further research will likely help us develop therapies that target these causes of the condition, rather than blindly and rather ineffectively treating symptoms.