Scientists are trying to understand when infants are exposed to helpful bacteria for the first time. 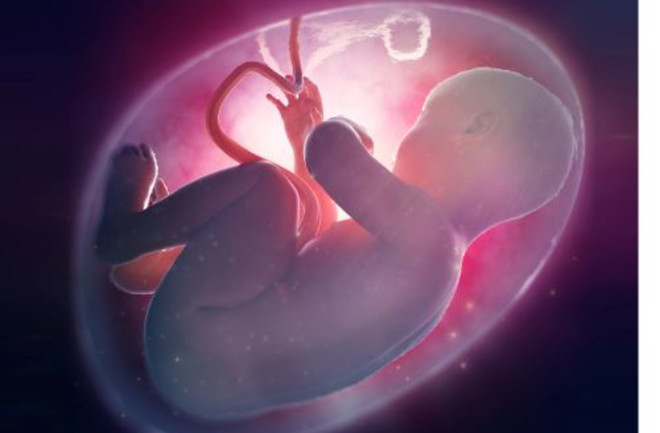 Researchers don’t agree on whether the human placenta is sterile or houses microbes (like E. coli) that could be transferred to a baby before birth. (Credit: Mopic/Shutterstock)

A lot happens during pregnancy. In the months before birth, a baby’s brain forms, their heart thumps for the first time and their fingernails sprout. At some point, a baby’s gut, skin and other organs will be populated with trillions of beneficial bacteria — the microbiome. But does that happen before birth, or after?

For more than a century researchers thought the human uterus — and the placenta within — was sterile. According to the “sterile womb paradigm,” they believed that babies only acquired microbes during and after birth. Over the past few decades, however, a handful of research groups have reported finding small amounts of bacteria in the placenta. In 2014, one team used gene sequencing to identify what they found, leading some scientists to reconsider their stance. Others still disagree, arguing that those bacteria came from contamination. In Science Smackdown, we let experts argue the evidence on when baby meets microbe.

When the idea surfaced that the placenta has its own microbiome, Stephen Charnock-Jones, reproductive biologist at the University of Cambridge, was prepared to take a closer look. “We were already collecting a large cohort of placental samples from pregnant women,” he says. “It became obvious to look into our sample set and see what we could find.”

In a study published in Nature last year, the scientists used genomic sequencing to search for signs of bacteria in placentas from more than 500 pregnant women. They compared their results with measurements of bacteria occasionally present on lab equipment, in the surrounding air or in substances used for experiments, all of which can become contaminated. The samples were the same — it appeared the bacteria came from contamination, not the placenta.

The Counterpoint: A Unique Microbiome

Kjersti Aagaard, a maternal-fetal medicine specialist at Baylor College of Medicine, was among the first researchers to identify traces of bacteria in the placenta in 2014. At the time, even Aagaard was surprised by those findings.

In the years since, more researchers have supported the existence of a placental microbiome, and a 2019 study found microbes in the fetus, placenta and surrounding environment. That’s why Aagaard thinks the Cambridge researchers missed something in their study; they had the right data, but the wrong conclusion. In other words, they labeled too many bacteria as contaminants. “Whether [these microbes] take root ... is a very different question,” says Aagaard. “But, in my mind, it is unequivocal that we are exposed to [them].”

More From Discover
Health
What’s the Difference Between Prebiotics and Probiotics?
Environment
Rare Microbes Turn Toxic Sludge into Usable Copper
Health
The Fungi Living in Our Guts Affects Our Health in Ways Scientists Are Just Beginning to Understand
Health
Gastric Bypass: We’re Still Understanding the Benefits of Weight-Loss Surgery
Health
The Gut-Lung Axis: How Your Microbiome Might Be Linked to Respiratory Health
Health
Your Microbiome Isn't Shaped Just By What You Feed It
Recommendations From Our Store
My Science ShopCosmos: Possible Worlds
My Science ShopStrange Science
My Science ShopEinstein's Universe
My Science ShopElements Flashcards
Shop Now
Stay Curious
Join
Our List