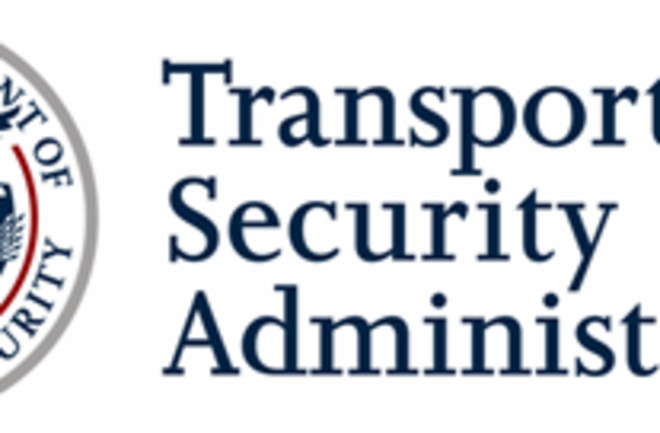 It's not like this week was the first appearance of the full-body X-ray scanners in American airports. Yet, thanks to the looming holiday travel season, leaked X-ray images that were supposed to be kept private, and high-profile rebellion by pilots' organizations and disgruntled passengers, anger is rising against the Transportation Security Administration's new airport rules. Under the policy, those chosen for extra screening face the dilemma of having their naked bodies revealed to TSA scanners or opting out and having agents feel them up in search of explosives. But behind the outrage at being asked to surrender even more of our dignity just to get on a plane, there's another full-body scanning issue simmering: the health dangers of radiation. How much radiation, and where? This was the main concern of the Allied Pilots Association. Pilots are already exposed to higher levels of radiation than nearly all professionals because they spend so much time at altitude and receive radiation from space; asking them to take an X-ray every time they get on a plane (even one that the TSA says is thousands of times less intense than a hospital chest X-ray) was asking too much. Popular Mechanics posted more details on pilot exposure. So what about the rest of us, who fly perhaps only a few times per year? Back in May, professors at the University of California, San Francisco, led by John Sedat sent a letter to the Food and Drug Administration with a litany of red flags about using back-scatter X-ray with such frequency—mostly that the safety has not be independently proven. The FDA finally replied with a lengthy letter citing study after study that show full-body scanning is safe, the agency says. The UCSF profs' main beef is this: We know the risks of medical chest X-rays, for example, which penetrate the skin to make those pictures of our bones. The back-scattering X-rays the TSA uses, however, aren't like that at all—they penetrate just the clothes and the top layers of skin, and the scanner reads what's reflected back. Because the full body scanners don't need to go through your skin, they use less powerful radiation than the X-ray machines in the hospital. That sounds good in theory, but it means the skin absorbs a bigger blast than it would in the hospital, and the professors say we don't know the effects of that skin exposure well enough to say that it's safe.

The low-energy rays do a "Compton scatter" off tissue layers just under the skin, possibly exposing some vital areas and leaving the tissues at risk of mutation. When an X-ray Compton scatters, it doesn't shift an electron to a higher energy level; instead, it hits the electron hard enough to dislodge it from its atom. The authors note that this process is "likely breaking bonds," which could cause mutations in cells and raise the risk of cancer. [Ars Technica]

FDA, in its response letter, said:

Not everybody is convinced by the FDA case. I asked Columbia's University's David J. Brenner

, who helped draft guidelines for full-body scanners (but now says he wouldn't have done it if he knew the scanners would be used in such a widespread fashion), and he wrote back, "We know the radiation dose is very low but there are different views about just how low. We do need more independent analyses of the radiation doses involved." The meaning of risk The FDA and the TSA, in all their responses, have repeated that the X-ray exposure and therefore the risk of full-body scanners is minuscule. But minuscule is not "non-existent," and when you start exposing a large percentage of the flying public to more X-rays, there's no such thing as completely "safe."

"They say the risk is minimal, but statistically someone is going to get skin cancer from these X-rays," [says] Dr Michael Love, who runs an X-ray lab at the department of biophysics and biophysical chemistry at Johns Hopkins University school of medicine.... "No exposure to X-ray is considered beneficial. We know X-rays are hazardous but we have a situation at the airports where people are so eager to fly that they will risk their lives in this manner." [AFP]

Brenner says the most important thing to understand is that there are three levels of risk: the risk for a single trip through the scanner, the risk for pilots and flight attendants who make many trips through the scanner every year, and the risk to the general population when you think of it as a whole. That general population risk is what Love is talking about when he says "someone is going to get skin cancer." Brenner says it can't be ignored; here's his explanation in full:

This is potentially the case with airport X-ray scanners. We know the individual risk is very small, but multiply that by the number of people going through airport security each year in the US (currently about 700 million, maybe one billion a decade from now), then we start to have a concern about the population risk.

Some people more susceptible? The basic risk of X-ray exposure isn't the only worry. Back in May, Brenner pointed out that X-ray damage does not hit all passengers equally.

Recent research, Brenner says, indicates that about 5 percent of the population — one person in 20 — is especially sensitive to radiation. These people have gene mutations that make them less able to repair X-ray damage to their DNA. Two examples are the BRCA-1 and BRCA-2 mutations associated with breast and ovarian cancer, but scientists believe many more such defects are unknown. "I don't know if I'm one of those 5 percent. I don't know if you're one of those 5 percent," Brenner says, "And we don't really have a quick and easy test to find those individuals." [NPR]

Furthermore, the UCSF researchers write in their letter, older passengers are more susceptible to mutagenic effects of X-rays, and "the risk of radiation emission to children and adolescents does not appears to have been fully evaluated." Safer alternative? There is another way to scan someone that could bypass the X-ray health worries:

Of the 68 airports scanning for explosives, 30 are using millimeter-wave scanners that don't use X-rays at all; they hit the surface of the body with safer radio waves. If the TSA committed to using only this type of equipment, it could avoid the safety concerns regarding the X-ray full body scanners completely. [Ars Technica]

So why not go all-millimeter-wave? Back in May, Maurine Fanguy of the TSA's Office of Security Technology explained TSA's rationale

: They don't want to be dependent upon just one vendor, or to miss out on advances in X-ray technology because they use only millimeter-wave. But to quote Dr. Brenner once more:

From the overall public health point of view, if indeed millimeter wave scanners are just as sensitive for detecting concealed explosives (which I think they are), there is a good argument that they should be being deployed in airports rather than the X-ray scanners.