What's the matter with Finland? 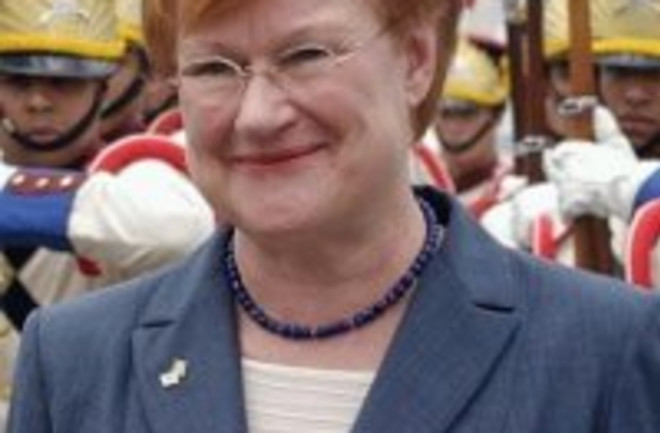 I was browsing The European Journal of Human Genetics and I saw this short article from last summer which I missed, NordicDB: a Nordic pool and portal for genome-wide control data. The portal is at http://www.nordicdb.org/database/Home.html. The data itself is for Very Special People, instead of having a simple web form you actually have to download a document and sign a bunch of stuff. The WVS has a web form which takes about 1 minute to fill to get all their data so you can load it in R, as a point of comparison (the GSS makes you register a little more, but I don't recall that it took too long). Of course this is human genetic data, so way more sensitive, but I thought one of the benefits of socialized medicine was that a lot of the downside risks of having your info in the public record were ameliorated? (I'm kind of being flip here) There wasn't anything too new in the paper, but the same old questions cropped up in my head. They basically merged a lot of different medical genetics studies where patients were typed with SNP-chips in Denmark, Sweden and Finland, and put all the info in a common central clearinghouse so you could pool them for analysis. Below is a plot of the genetic variation using MDS, as well as an Fst table.

The Bothnia region of Finland has been more impacted by Swedish settlement historically, while much of northern Sweden has also been settled by Finns, or may have assimilated a substantial number of Sami. What I always notice is how Finns tend to be all over the map, and also be at some genetic remove from other Northern Europeans, who are a homogeneous lot.

To left is an MDS that I took out of the supplements of a PLoS One paper from last year. Kuusamo is in the northeast of Finland, on the Russian border. Apparently it was settled by ethnic Finns only in the 18th century. This sort of weird pattern shows up in a lot of these papers. From what I recall the common explanation is that Finns have been through some bottlenecks which have made them a strange folk genetically. The Kuusamo cluster could for example just be due to a founder effect from its recent settlement. I don't know if I buy this. Perhaps if I see something similar for scions of the Puritan Great Migration. An even older model, derived from historical linguistics in the early 20th century, is that modern Finns, and to a greater extent Sami, are stabilized admixtures of East Eurasian migrants and native Europeans. I'm not sure if I find this plausible at this point, at least in its starkest form. A third model, which barely lean toward (in that my confidence is low and my uncertainty high), but think is possible, is that the "Finnish signal" (look at the line from the Swedes to Kuusamo) is due to the successive dilution of the unique genetic profile of an ancient indigenous Baltic population which has slowly been overwhelmed by people who brought agriculture from the South. In many ways a similar model to the one I reviewed in relation to Gypsies. I assume we won't have to wait that long for clarification on these issues. There are Finns in the 1000 Genomes Project (which is now really 2500 genomes I think). Image Credit: Roosewelt Pinheiro