What's the best cheese for pizza? Science weighs in! 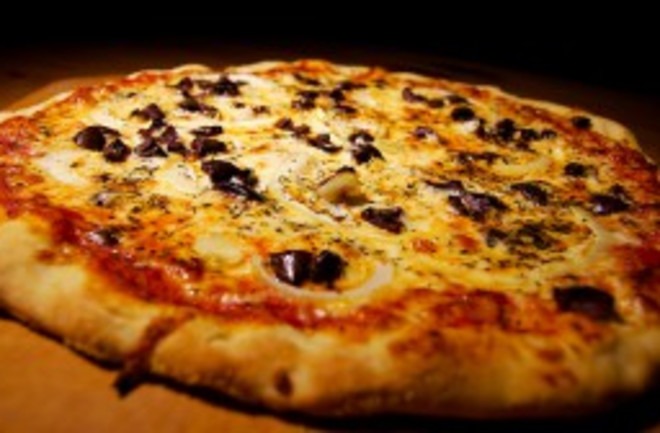 Mmm... Pizza! Although it's a crowd pleaser, when it comes to gourmet pizza, there seem to be as many different preferences as there are people. But no matter how you like your pizza, this study will help you choose the best cheese. To compare different cheeses, this international group of scientists carefully made pizzas that were as uniform as possible except for the type of cheese used: they tested Mozzarella, Cheddar, Colby, Edam, Emmental, Gruyere and Provolone. They then investigated the browning properties of the cheeses (see figure below), as well as their elasticity, oil and water content, and melting properties (be sure to check out their awesome model for how cheese blisters form when baking pizza!). And yes, they made all their pizzas in triplicate! The result? Well, it depends on what you are looking for in your pizza, but there's a reason that Mozzarella is so popular.

Quantification of pizza baking properties of different cheeses, and their correlation with cheese functionality.

"The aim of this study is to quantify the pizza baking properties and performance of different cheeses, including the browning and blistering, and to investigate the correlation to cheese properties (rheology, free oil, transition temperature, and water activity). The color, and color uniformity, of different cheeses (Mozzarella, Cheddar, Colby, Edam, Emmental, Gruyere, and Provolone) were quantified, using a machine vision system and image analysis techniques. The correlations between cheese appearance and attributes were also evaluated, to find that cheese properties including elasticity, free oil, and transition temperature influence the color uniformity of cheeses."

Bonus figures and quote from the full text:

"For Cheddar, Colby, and Edam, blisters were not formed because of their small elasticity. Sufficient amount of free oil prevents moisture evaporation, and thus less intensive browning occurs on Gruyere and Provolone. Browning is hardly seen on the Emmental mainly because of its weak steam force. Mozzarella has high water activity and elasticity, but mostly importantly, it has unique stretchability, which makes it commonly used as a pizza topping. Different cheeses can be employed on “gourmet” pizzas in combination with Mozzarella. Gruyere and Provolone can be added to obtain less burnt appearance by producing more free oil, and the color would be more uniform by adding cheeses with low elasticity, such as Colby."

Figure 1 shows the original photos of pizzas, calculated color primitives, and resulting color primitive equivalent circles of different cheeses. As shown in Table 1, Colby with the lowest Primitives and CCI had the highest color uniformity. Mozzarella was easily distinguished from the other cheeses by its extremely nonuniform color—more than 3 times more Primitives and an order of magnitude higher CCI than the other cheeses.