In the race to find a vaccine against SARS-CoV-2, some contenders come from classic development methods. Others would be the first of their kind. 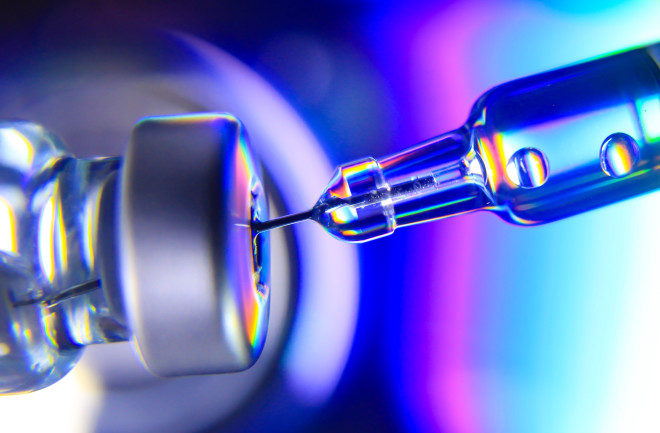 The COVID-19 pandemic may have plunged you into a world of science — specifically vaccine development — that you didn’t know much about before. Maybe you’ve learned that vaccines typically take years to produce. Or maybe you sometimes find yourself wondering about the lives of the millions of chickens whose eggs we rely on to make flu vaccines.

And if you’ve found yourself wondering how the roughly 200 SARS-CoV-2 vaccines in development are supposed to work, you’ve come to the right place. When it comes to designing these preventative treatments, “there is an art to it, and a trial-and-error part of it,” says Shayan Sharif, an immunologist at the Ontario Veterinary College at the University of Guelph in Canada. Scientists working on these vaccines will be cycling through these trials and errors for the foreseeable future, too — giving you plenty of time to learn about what they’re doing.

What a Vaccine Tries to Do

A vaccine essentially needs to trick our immune systems into thinking there’s an infection. That way, it will develop an arsenal of tactics to kill off the pathogen, should it ever actually show up in your body.

“The vaccinologists should be able to trick the immune system to look at this as something so huge and disastrous, it jumps in and responds,” Sharif says. Often, a vaccine tries to pull that trigger with a specific protein — one that is lodged in the exterior of a virus itself. With SARS-CoV-2, researchers have started trying to recreate one virus surface component in particular: the spike protein, which studs the viral surface in a kind of crown (or “corona,” if you will).

The vaccine style pharmaceutical researchers choose dictates how that protein greets our immune systems. Some vaccines release a somewhat nonfunctional version of the virus into our bodies. If researchers tamper with it just right, the modified virus — and the proteins coating its surface — can still provoke our immune system without getting us sick. One way to sap a virus of some of its power is to grow it in another species, like the way researchers use those precious chicken eggs to produce the flu vaccine.

Developers can also force the virus to become less of a threat by exposing it to high heat or formaldehyde, creating what's know as an inactivated vaccine. Sharif likens this process to making guacamole. “They smash it up,” he says. “They do everything they can to make sure that the virus is not alive anymore.” Then, other ingredients in the vaccine make the ruined virus “appetizing.” Developers might add something like an aluminum-based product, which aggregate bits of remaining surface protein, Sharif says. The clumps are easier for the immune system to detect. Sinovac Biotech is working on one of these vaccines.

There are also vaccines that make our own cells produce the crucial proteins that help us fight a virus. Two of these are called DNA and RNA vaccines. DNA varieties push the SARS-CoV-2 protein gene into our cells. Once there, this DNA is treated like our own genetic information. Our bodies make RNA — temporary copies of the gene — and from that template build the viral proteins. RNA vaccines, on the other hand, cut out a few steps in the production process. These vaccines provide the RNA pattern as-is, and cells assemble proteins from there.

These kinds of vaccines tempt researchers because they’re relatively fast to produce. “It can only take 30 to 40 days to go from knowing what the protein is to making RNA that will transcribe into the protein,” says Michael Pichichero, an immunologist at the University of Rochester Medical Center. Though there are no DNA or RNA vaccines approved for use in the U.S. right now, this could soon change: One of the leading SARS-CoV-2 candidates from Moderna is of the RNA variety.

For an RNA or DNA vaccine to successfully work, it’s crucial that the genetic material gets inside our cells to the protein-generating machinery that will properly proliferate the viral protein. Sometimes, vaccine developers make sure this happens by tucking the DNA or RNA into the genome of another virus, and rely on that pathogen as a kind of shipping container. These are called “viral vector” vaccines. Don’t worry, you don’t get sick from the delivery — researchers disable the virus to prevent that from happening. For example, Johnson and Johnson is working on a SARS-CoV-2 vaccine that slips the essential protein gene into a virus that can enter our cells but lacks the genes necessary to proliferate its own DNA.

Cut to the Chase

It’s also possible to create a vaccine that does not force cells to make viral proteins, but instead delivers the proteins directly. Some companies are working on these kinds of SARS-CoV-2 vaccines too, a category generally called protein-based vaccines.

Some of these protein-based vaccines exist for other pathogens, like Hepatitis B. They’re also time-consuming to make. Proteins are like origami — what starts as long stretches of their basic components fold up intricately into the final shape. The protein production process guides cells to make exact creases in specific places, but it takes lots of trial and error to replicate that sequence of events in a lab, Pichichero says. And if the coronavirus were to mutate and slightly change the shape of that protein? “Well, if you use RNA technology, you can make a vaccine in a month and a half,” Pichichero says. “If you use other methodologies, you're back to the drawing board."

On the whole, vaccine developers spend a lot of time at said drawing board. The complexity of the immune system makes it a tough beast to wrangle, and even researchers are sometimes surprised with their own success. “We don't exactly know why some vaccines work like a charm,” Sharif says.

Which SARS-CoV-2 vaccine in development has that luck? Maybe it will be the Moderna frontrunner, or maybe it will come from a dark horse in the pack. It's hard to tell, when there are already 200 in the race — and possibly more to come.