Immunizations are intended to stop diseases like the coronavirus. But there are a range of other long-term societal benefits from vaccines. 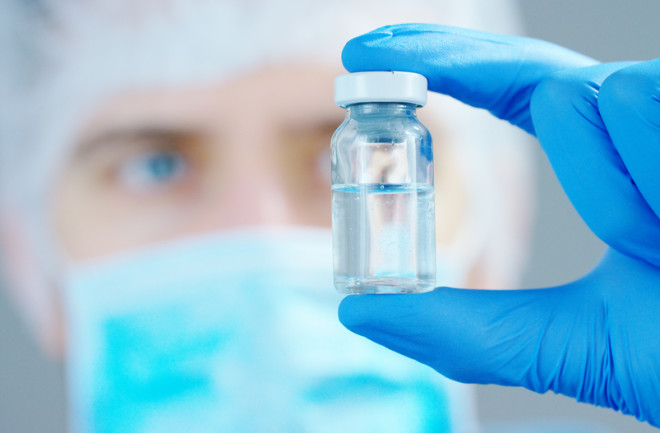 SARS-CoV-2 might soon become the 26th pathogen that U.S. health officials can immunize against. And while none of us will soon forget the coronavirus pandemic, widespread vaccinations throughout time have helped the public forget the threats that other pathogens carry.

As the COVID-19 pandemic persists in the U.S., some caregivers have put off bringing children in for routine shots. There’s been a large decline in immunizations, and it’s becoming worrisome, says Angela Myers, the director of the infectious disease division at Children’s Mercy Kansas City.

“We cannot forget about the importance of childhood vaccines in the middle of this,” Myers says. If those delays continue, measles and other illnesses could surge. People might get a glimpse of what it would be like without vaccines.

For example, institutions like Children’s Mercy Kansas City see one to two cases a year of Haemophilus influenzae type b, or Hib, says Myers. Before the vaccine appeared in 1990, the bacteria sickened 20,000 children annually in the U.S. and killed between 3 and 6 percent of them.

“It was an amazing advancement for pediatric medicine when this (vaccine) came out,” Myers says. But when it comes to understanding the ramifications of getting sick with this bacteria, “some have forgotten — or some never knew.” Without this vaccine and several others, now-rare diseases would still be sending people to the hospital and potentially leaving them with a lifetime of aftermath to deal with.

It’s More Than Just the Infection

In theory, decades (if not centuries) of an infectious disease spreading among people could push the pathogen to become less deadly. If a virus or bacteria just needs to reach a new host in order to survive, then killing those it infects cuts off potential transmission opportunities. Versions of the pathogen that create milder symptoms are more likely to hop among people. It’s possible this is what happened with smallpox, says Luis Serratos-Sotelo, an economic historian at Lund University in Sweden. Cases of the virus appeared to be less severe in the 1800s than they were previously, even before the vaccine appeared.

But there was no evidence that the severity of Hib was waning, Myers says. When scientists produced the Hib vaccine, the bacteria they were looking to thwart was just as lethal as it was when researchers first identified the pathogen in 1892. Before the vaccine debuted, children mostly under the age of 5 were consistently spreading the disease amongst themselves.

The bacteria triggers a range of illnesses — some children might get pneumonia or an inflamed windpipe. Most often, it causes inflammation in the brain and spinal cord. “It was always a serious disease that required in-hospital treatment, significant monitoring and continuing therapy,” Myers says.

The Hib vaccine has not only saved lives, but kept some children from needing medical interventions into adulthood. When the Hib infection is over, the bacteria can leave patients with long-term health consequences. Some patients recover completely, while about 10 to 15 percent develop seizure disorders, blindness or complete deafness. Another 15 to 20 percent of survivors spend the rest of their lives with partial hearing loss or speech and language difficulties, which can require sign language instruction or cochlear implants.

When vaccines reduce medical needs, they also cut medical spending. Earlier this year, a research team from the Institute for Disease Modeling in Washington spelled this out with polio. Several kinds of vaccines ward off this virus, which triggers fatal paralysis in less than 1 percent of cases. Each prophylactic variety costs between about 15 cents and $3.50 per dose. Meanwhile, care for an individual with polio-induced paralysis around the world runs between $700 and $750,000, depending on the national average income. The team calculated that within about five years, pursuing polio eradication would be less expensive than trying to manage the infections that appear in that period of time. Compared with health care workers managing the polio cases that cropped up for 30 years, eliminating the virus would be $14 billion cheaper.

This hypothetical scenario doesn’t account for the different ways governments might approach eliminating polio and makes some estimates about how much interventions cost. But this premise — that it’s cheaper to eradicate polio than continue managing cases — is central to the Global Polio Eradication Initiative campaign. “In fact, any control scenario would be difficult to execute,” the organization explains in a 2016 document laying out its eradication rationale. “Without the motivation of eradicating polio, countries would struggle to recruit the large numbers of health workers and volunteers who have been crucial to polio eradication to date.”

Vaccinations could come with other, less tangible benefits, too. Economic historians have found that people who live through epidemics of diseases like whooping cough and scarlet fever might fall into one of two categories. Some people fully recover and see an overall better quality of life than they had before. Those who end up with lasting health issues from having been sick, however, could die younger, earn less money and have fewer kids. These consequences don’t stem from faulty prophylaxis, Serratos-Sotelo emphasizes: “The vaccine has immediate benefits, but what we’re looking at here is long-term economic or health effects.”

That negative outcome is something researchers call “scarring,” Serratos-Sotelo says. A range of public health interventions through history have altered this fate. When midwives appeared in Sweden to aid births in the late 1800s and early 1900s, for example, boys born with their aid were less likely to die of cardiovascular disease or diabetes as they aged and were at least 10 percent more likely to have a desirable skill as an adult, like foreign language proficiency.

When Serratos-Sotelo examined the effect of polio epidemics (and their following vaccination campaigns) on Swedes, he found that survivors didn’t see much of a change in their socioeconomic status or general well-being afterwards.

It’s possible vaccines could save people from these lifelong consequences with other diseases, however. For all researchers know, COVID-19 survivors might wind up with lower qualities of life once they’re no longer infectious. “We know virtually nothing about what a life post-COVID-19 might look like for those who experience a symptomatic infection, or a mild one, or recover fully,” Serratos-Sotelo says. It will take years to know how people’s lives pan out after the pandemic — and whether vaccines could prevent the undesirable outcomes.