What We Can Learn from Babies’ Gut Microbiomes

As with adults, infants’ gut bacteria are less diverse than ever, which may play a role in disease progression later in life. C-sections and antibiotics may be partly to blame. 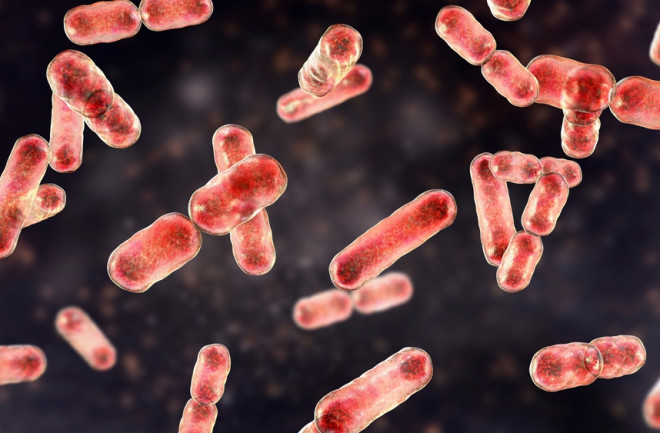 The healthy infant gut is an ecosystem much like a healthy ocean, and it's filled with trillions of microscopic bacteria. When environmental factors interfere with the natural balance — just as pollution does in the sea — this impacts the body’s ability to function at its best. Today, U.S. babies’ guts are less diverse than they used to be. Lacking a rich stew of microbial bacteria in infancy has been linked to autoimmune diseases such as type 1 diabetes, Crohn’s and celiac, as well as colic, asthma, eczema, and allergies, according to a June 2021 study published in Cell.

Naturally, an infant’s microbiome is influenced by their mother’s, research shows, but external factors also play a role. Over the past five decades, antibiotic use and C-sections have increased while rates of certain diseases have also jumped rapidly — suggesting environmental and societal factors influence the gut, not just genetics. For example, babies born in the U.S. lack some of the beneficial bacteria found in the guts of those born in less industrialized countries, researchers reported in a 2019 Nature paper.

“We are changing the transmission of the microbiome from generation to generation because of C-sections, early-life antibiotics and not breastfeeding at the most critical period of life,” says Martin J. Blaser, a microbiologist at Rutgers University and author of Missing Microbes: How the Overuse of Antibiotics is Fueling our Modern Plagues.

Early exposure to antibiotics increases babies’ risk of childhood asthma, allergies, eczema, celiac disease, obesity and attention deficit hyperactivity disorder, according to a January 2021 article from Mayo Clinic Proceedings. Blaser, who was involved with the study of nearly 14,600 children, said researchers found these risks increased when babies received antibiotics in the first six months of life; and with multiple courses of antibiotics, subjects were more likely to develop certain conditions. Another study, published in Science Translational Medicine in 2016, found antibiotic use and C-section delivery resulted in babies with less stable and less diverse gut bacteria, which had long-term health effects.

In the U.S., nearly one in three babies is born via C-section; in Brazil, C-section procedures account for some 56 percent of births, with rates even higher in urban areas. And in the Dominican Republic, 58 percent of births occurred through C-section, reports the World Health Organization.

It turns out that vaginal deliveries protect babies from harmful bacteria because they receive beneficial bacteria from their mothers to launch, or seed, their body’s developing microbiome, says Karl Sylvester, a pediatric surgeon at Stanford Children’s Health.

What Can Parents Do?

If possible, mothers can try to avoid C-sections and giving their babies antibiotics, along with breastfeeding exclusively for the first six months of life. Breastfeeding infants get beneficial bacteria from skin contact and the mother’s milk.

What about babies’ ear infections or breastfeeding moms’ mastitis? For decades, doctors prescribed antibiotics reasoning that while it may not help, it won’t hurt, Blaser says. Additionally, not all ear infections require antibiotics. Not only has their frequent prescription resulted in antibiotic-resistant bacteria, but it has also reduced the beneficial bacteria that serves as the foundation to human health. Studies also show the earlier and the more often babies were exposed to antibiotics, the more likely they were to develop asthma or a milk allergy, he says.

Yet it's standard practice to give infants antibiotic eye drops at birth in the U.S. and Europe to prevent vaginal transmission of an infection such as chlamydia or gonorrhea, a bacterial infection that, untreated, causes blindness, says Maria Gloria Dominguez-Bello, a microbiologist at Rutgers University. Even when babies are delivered by C-section and therefore not exposed to potential infection, medical staff still administers the antibiotics to infants, she says.

And when mothers are prescribed antibiotics while pregnant or nursing, it reaches the baby. With proper knowledge, nursing mothers can prevent mastitis and try non-medical treatments before turning to an antibiotic, according to the American Academy of Family Physicians. Breastfeeding is still preferable to formula, Sylvester and Blaser say, because even with antibiotic use, human milk still nourishes beneficial bacteria — but formula contains none.

The Pros of Probiotics

Sometimes, C-sections and antibiotics can’t be avoided and parents consider probiotics or prebiotics. “The infant microbiome is not set in stone at the time of birth,” says Karin B. Michels, epidemiologist at the UCLA Fielding School of Public Health. “You still have time to try to optimize it.”

Probiotics vary widely in proven efficacy, and some are essentially a modern form of snake oil, says George Weinstock, director of microbial genomics at The Jackson Laboratory. That said, in a study involving infants at high risk for type 1 diabetes, those given over-the-counter probiotics in the first 27 days of life had a lower rate of developing the disease than those who didn’t take a probiotic, he says. “If you seed the microbiome right at the beginning with something potentially beneficial, you can reduce autoimmune disease,” Weinstock says.

While it’s not yet common medical practice, two separate papers showed that providing breastfeeding infants with specific probiotics had beneficial impacts on their gut health. In a double-blind 2018 Pediatrics study involving breastfeeding infants with colic, babies who received the probiotic Lactobacillus reuteri were nearly twice less likely to fuss and cry than the babies who took a placebo; but there were no significant differences in crying and fussing between formula-fed babies who received the probiotic versus the placebo.

In another study, which was published in Cell in July 2021, breastfed infants ingested the probiotic Bifidobacterium infantis (B. infantis), which is naturally found in the guts of infants living in countries where autoimmune diseases are low, such as Bangladesh and Malawi, but rarely found in infants’ guts in Europe or North America. The Cell study showed B. infantis EVC001 grew successfully in the guts of infants who received it. It consumes nutrients in breast milk, and multiplies to crowd out “bad” bacteria that cause inflammation. However, several of the authors are affiliated with a probiotic company.

Still, the recent studies of B. infantis are credible, says Tommi Vatanen, an infant gut microbiome researcher with The Auckland University in New Zealand who was not involved with the Cell study of B. infantis EVC001. “That’s super compelling evidence that’s generated some buzz.”

Research also shows that a practice called “vaginal seeding,” in which a nurse swabs the mother’s perinatal area with gauze and wipes it on the newborn, allows bacteria to grow on the babies’ body and helps their microbiome reflect those of babies born vaginally, says Dominguez-Bello. “However, does this microbial restoration normalize disease risk? We have not done the randomized clinical trials to demonstrate whether this would be the case, as we hypothesize.”

Similar to how some doctors and nurses opt out of the antibiotic eye drops for their babies, researchers who study the microbiome may perform vaginal seeding. When their babies are delivered by emergency C-sections, these scientists often smear their baby with vaginal fluid at birth, Michels says. “It’s not going to harm the child.”

Michels, who studies the role nutrition plays in health, advises mothers to eat a healthy diet while pregnant and breastfeeding, and to avoid environmental pollutants. After all, babies are what their mothers eat. For example, infants whose mothers avoided peanuts while pregnant are more likely to develop a peanut allergy, she says.

Parents shouldn’t beat themselves up if they had a C-section, gave their baby antibiotics or used formula, researchers say. There’s a tremendous amount of research underway, Weinstock says. “These are early days.”

This story has been updated to include additional information from Dominguez-Bello.

More From Discover
The Sciences
Back Pain is Highly Common Among Astronauts
Health
Extreme Fatigue: 4 of the Longest-Lasting Sporting Events
Health
What Science Says About the Weight-Loss Potential of The One-Meal-a-Day Diet
Health
How Saliva Changes The Flavor Of Food
Health
Walking vs. Running Benefits: Should You Walk or Run for Exercise?
Mind
Gut Bacteria's Role in Anxiety and Depression: It’s Not Just In Your Head
Recommendations From Our Store
My Science ShopDiscover STEM Kits
My Science ShopDiscover 2022 Calendar
My Science ShopStrange Science
My Science ShopElements Flashcards
Shop Now
Stay Curious
Join
Our List